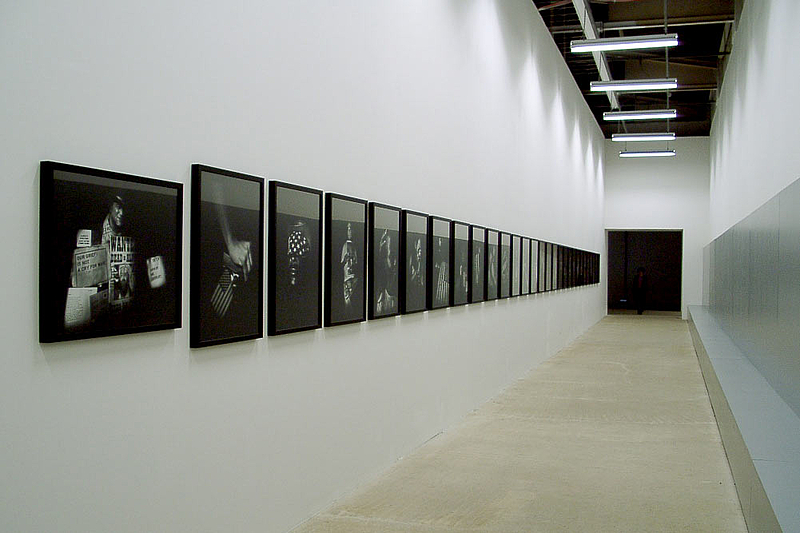 Resistant his entire career to taking pictures in the documentary style, Ennadre’s proximity to the tragedy of September 11th nonetheless compelled him to begin shooting photographs. His series September 11 is exhibited for the first time in documenta 11. Ennadre’s incessant rejection of reportage was dispelled by the contradictions of this event — the sun piercing through the persistent smoke and dust, people embracing him and estranging him, his fear and confrontation of the tragedy. He spent time with blood donors, families, mourners, and rescue workers, photographing the process of relief and healing, a woman kneeling in white garb praying in Union Square park with a candle memorial, and a man with an American flag as a mask near the World Trade Center. These images signal a continuation of Ennadre's efforts towards the transfiguration of subjects and the documentation of trauma as memorial.
(From the documenta 11 Short Guide)