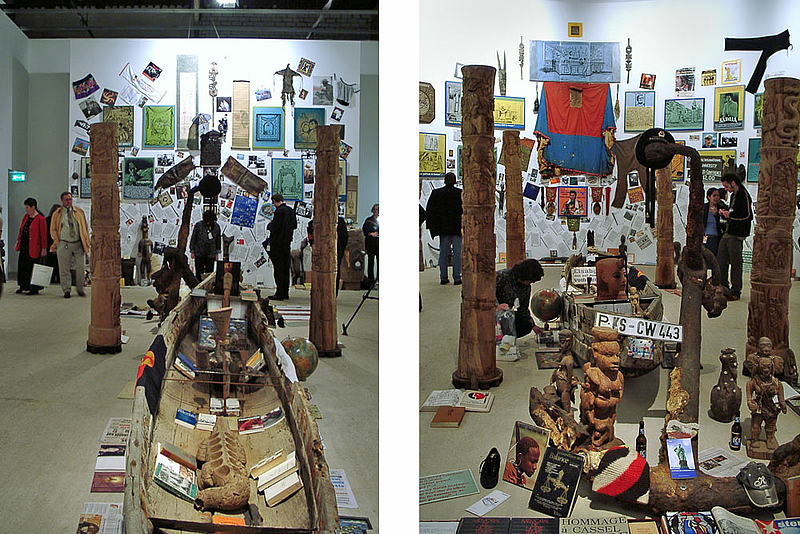 Georges Adéagbo was studying law and business in France when his father’s death in 1971 obliged him to return to Benin. This is when Adéagbo began making his first installations in the courtyard of his house in Cotonou. Over the next two decades he continued to work in extreme isolation, until a chance meeting with a French curator and collector catapulted him into the art world.
Adéagbo's biography would not be relevant if he did not mention it, time and again, in the texts that inevitably accompany his installations. Adéagbo insists that it is difficult to consider his work "art," and his resistance to being labeled an "artist" can be interpreted as a profound questioning of both categories. However, it is extremely important not to forget that the complex logic of Adéagbo’s work developed in parallel to and not out of the vicissitudes of the recent history of art. This relative "outsideness" with respect to the canonical notion of "contemporary art" lends Adéagbo's work its character of radically challenging the assumptions the label embodies.
(From the documenta 11 Short Guide)