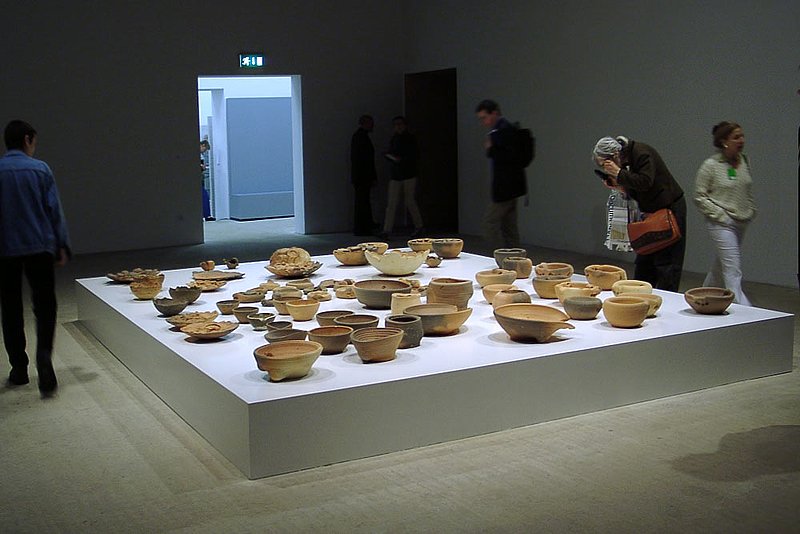 About the work: Statement

''I was working in France in a ceramics workshop and 70 pieces of various sizes came out. They are like pots, plates, bowls, some small and others large. I put them together on a low table. I was interested in working with the movement of the wheel to make the pots. The idea of the circle has always been important in my work. Also the movement and the bowl as transport.
After turning the piece and forming the bowl, as I kept turning, I did several actions. Suddenly I would take a ball of mud and throw it. That deformed the pot a little by chance. To provoke the accident in the perfection of the circular pot generated the form. They began to look like planetary systems. You could see how the masses of mud crashed against the wall of the pot as it turned. It was felt that the orbit of the pot was deformed by the interruptions of mud mass. The handprint was also felt when manipulating it, which is also very important in my work."