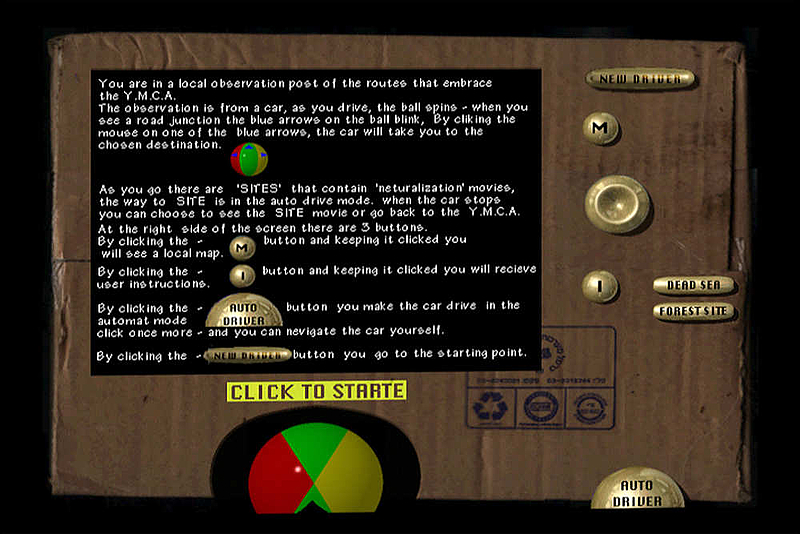 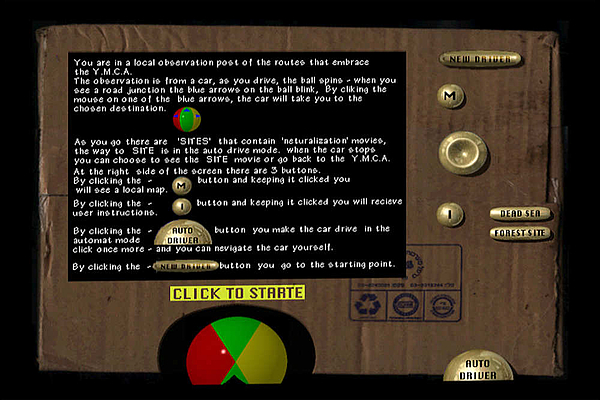 A few years ago Aya & Gal, two Israeli artists who live and work in Jerusalem, launched the project of the "neturalization". For Aya & Gal, neturalization does not take place in a state, does not involve laws of immigration, and is not related to national identity. In their project, neturalization contradicts the conventional laws of naturalization in the modern nation-state. The procedure that baptizes one as a citizen in the nation-state, is first of all, a means of determining the identity and status of an individual and a certain relation between the individual and the political sovereign. For Aya & Gal neturalization means just the reverse. Neturalization is a process, not a procedure; it exists for the duration of this process, not striving to achieve any end. (...) One intentionally becomes a stranger in known, common situations, strips oneself of one's identity, or navigates one's way in purposefully strange, ready-made environments, in which one exercises a gradual accommodation. Aya & Gal neturalization process deconstructs, or better dissolves, the unification and seeming coherency created when a certain dominating point of view - the point of view of the national subject, for example - is imposed on a heterogeneous reality. It is placed in-between different regimes of power and knowledge, partially escaping the control of each, exposing the bold stitches with which the dominating regime is trying to hold together a heterogeneous reality. Aya & Gal's project (...) is in no way a practical proposal, a politically conscious attempt to come to terms with the problem of naturalization in general or with the civic status of Palestinians in Jerusalem in particular. Nevertheless, it can be easily related to these problems, and to the specific problem-situation of Jerusalem, and it may be described as a possible answer to the question; In this city, at this time, what the hell can be done?

From Stories of hands (I): Becoming "Neturalized" in Jerusalem, by Ariella Azoulay