Curator of the 16th Cuenca Biennial 2023 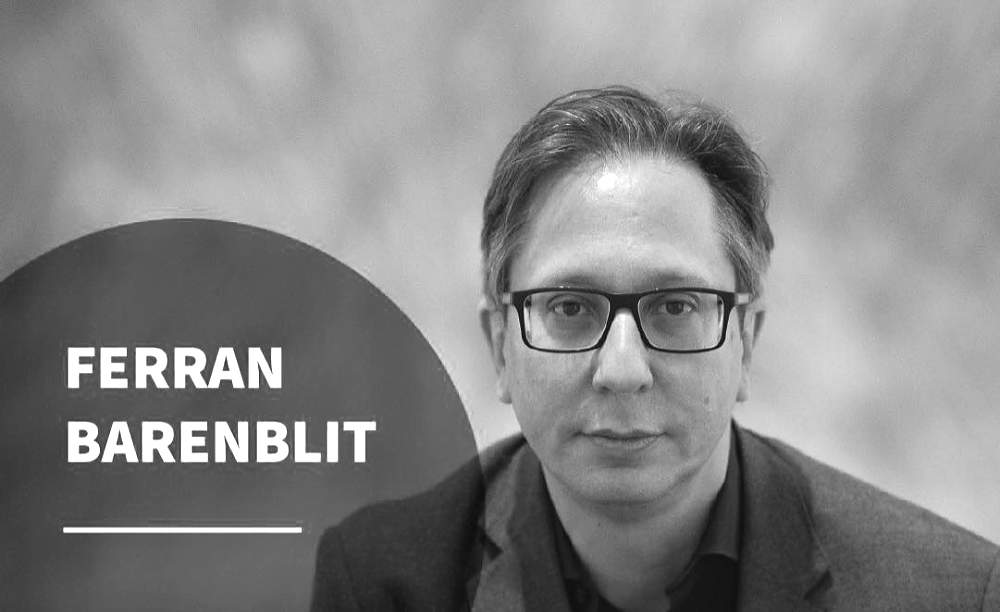 Ferran Barenblit, who was born in Argentina, is a renowned curator and museum director with an extensive career, having led three prestigious art institutions in the last twenty years.

His first position as director was between 2002 and 2008 at CASM (Centro de Arte Santa Mónica de Barcelona), a laboratory for experimentation and new artistic productions. This was followed, in the period 2008-2015, by the direction of the CA2M of the Community of Madrid, a museum located in the metropolitan area of the capital that combines an ambitious program with an intense relationship with its immediate surroundings; as the institution's first director, he was responsible for outlining the basic lines of its future development, including the incorporation of the ARCO Foundation Collection, one of the most outstanding in Spain. Then, between 2015 and 2021, he was director of MACBA, Museo de Arte Contemporáneo de Barcelona, and thus also responsible for its strategic plan that included expansion to a new building, centrality in the collection, and a broadening of geographical, chronological, and conceptual boundaries that would open the museum to novel practices and artists. There, his last curatorial project was the exhibition Acción: una historia provisional de los 90, about the performance scene in that decade.

His institutional experience began at The New Museum, New York as curatorial assistant (1994-1996). There he worked with director Marcia Tucker on several projects, including an exhibition installed at the White House in Washington and the group show "A Labor of Love". He was also curator of Space 13 at the Joan Miró Foundation for three seasons from 1996, as well as the group show "Irony" (2001).

Ferran Barenblit currently lives in the United States, where he is a visiting professor at the University of Michigan in Ann Arbor. His work is articulated around the capacity of art to reflect, provoke and influence changes in society. His fields of research include: Rethinking contemporary institutions under the notion of the "constituent museum"; museum programming strategies; the history of art in the last third of the 20th and 21st century; the role of irony in culture; the relationship between art and popular culture, including music and the punk movement.