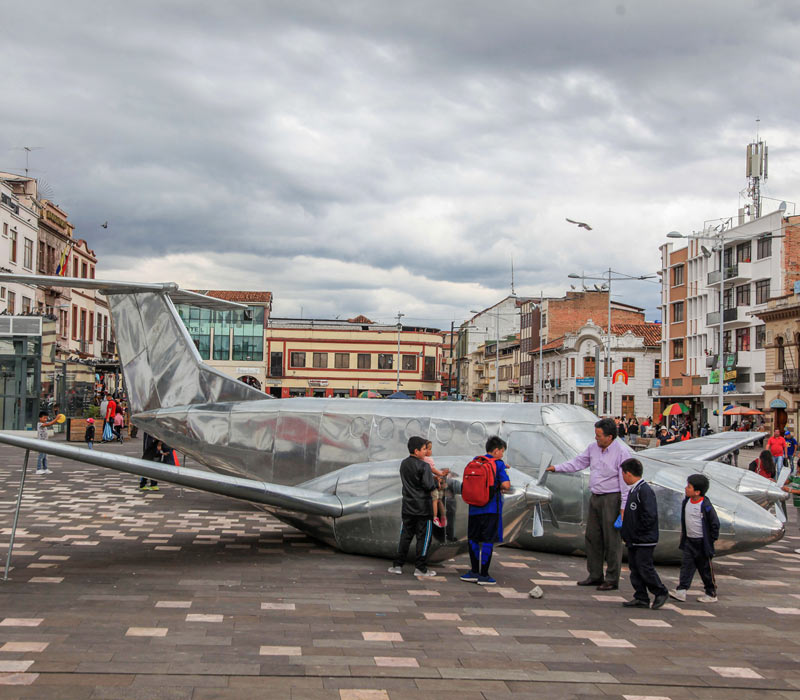 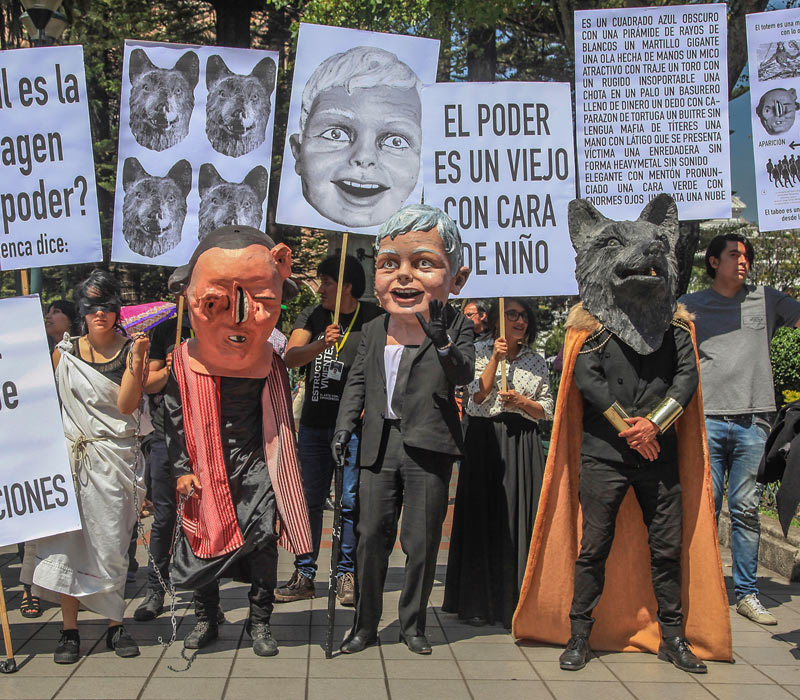 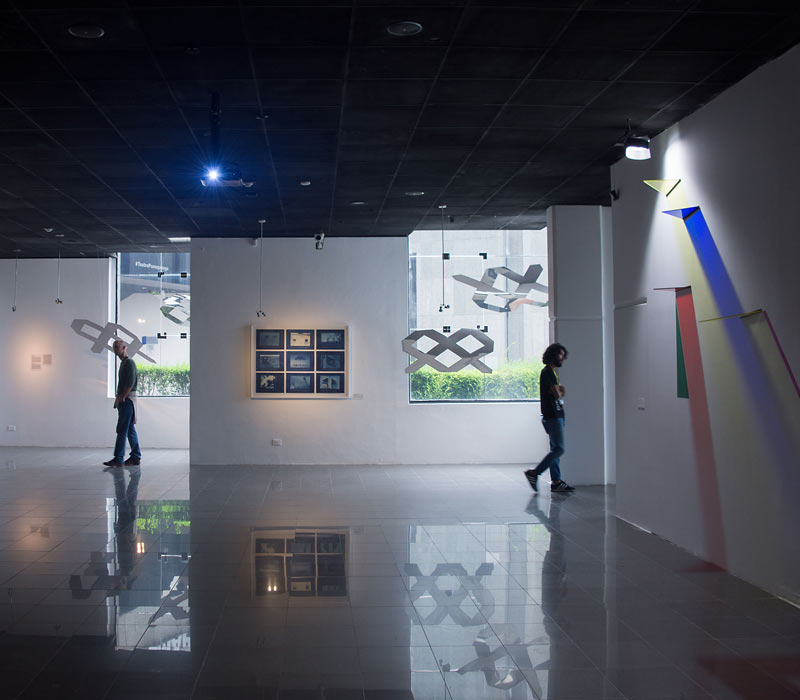 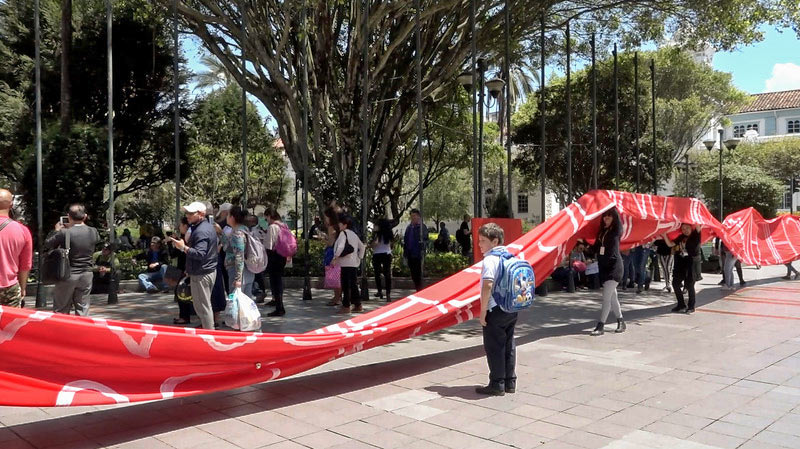 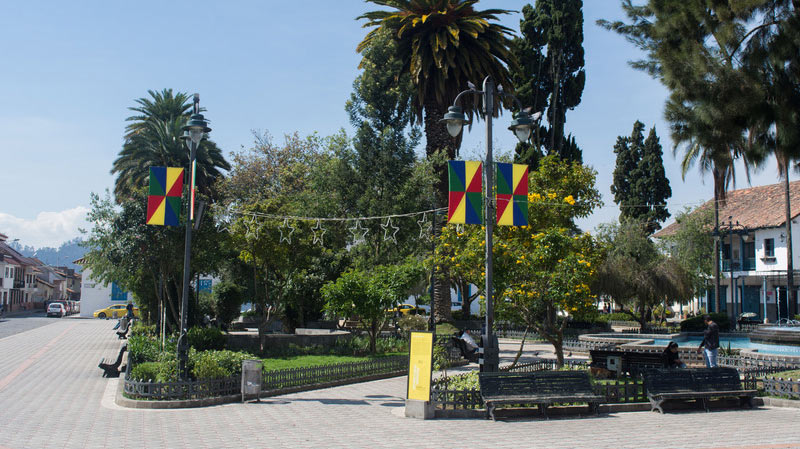 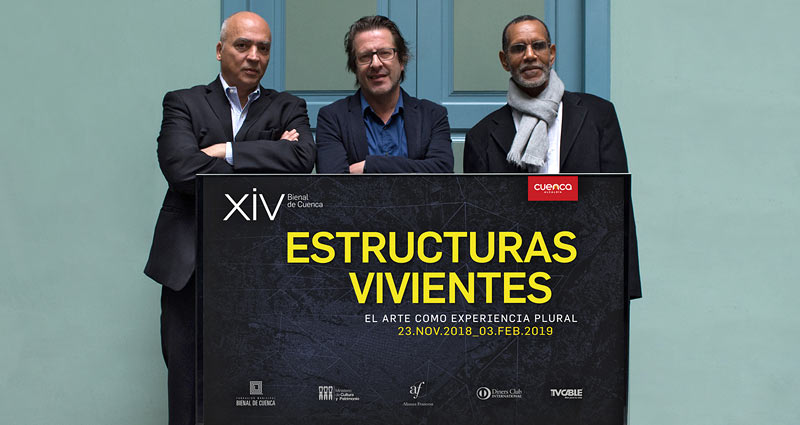 This curatorial proposal is an invitation to reflect on the ways in which we relate to art in order to focus on the idea of art as a living and plural experience: aesthetic, sensorial, intellectual, emotional, psychological, but also political, sociological, and anthropological.

Initially it is about raising fundamental questions and concerns of the public about contemporary art to approach the understanding of their senses; an understanding that necessarily passes through areas of transparency and opacity inherent to artistic activity.

Currently still predominate certain forms of relationship with art based on cultural structures whose genealogy goes back to its institutionalization through the figure of the museum, a figure that despite of having been associated with the narration of an ancient history, and of being present in the most diverse geographies, is a European model – then widely spread and developed in North America –, that barely reaches a couple of centuries of existence. Its main function has been the valuation, consecration and legitimization of the notion of "mastery", of the formal and technical qualities of the art work; the advocacy of individual genius and of a model focused on receiving admiration and contemplation. This understanding, typical of artistic modernity, understands art as a process in continuous evolution where each new work represents an effort to overcome the previous one in a progressive succession of styles and movements.

Given this model of relationship with art that could be defined as “progressive vision” or “evolutionary vision”, contemporary art – especially that of those countries in process of inventing their own cultural structures, such as our own –, has formulated effective and suggestive alternatives. One option has been to shift the emphasis of admiration (or aesthetic contemplation) towards the experiential or existential, what we could be called the “experimental orientation”. 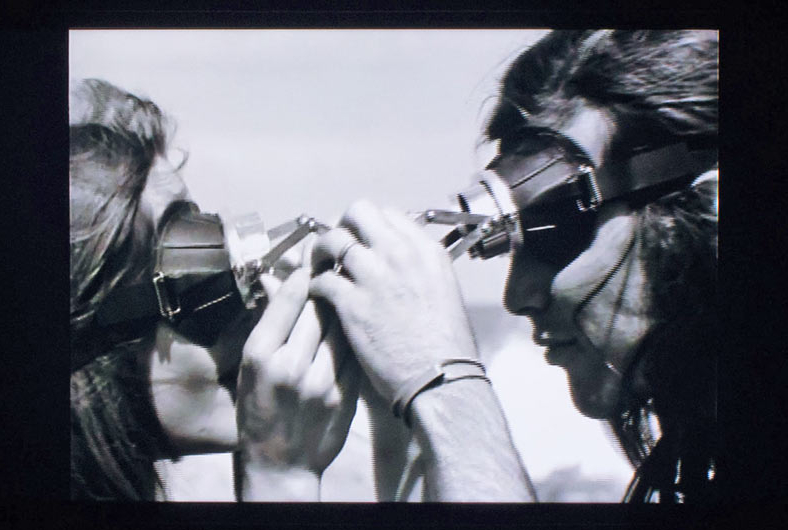 Already the Brazilian artist Lygia Clark (1920-1988), used to speak of the “ritual without myth” in art, as a way of referring to the encounter of human beings with themselves, which she wanted to provoke through her “propositions” and sensory objects. One of these objects is precisely entitled Living structures (1969) and serves as inspiration for this curatorial project: it is a net that is continually unraveled and remade with the intervention of the participating public, so that the shape and meaning of the work are always shifting and changing, as it happens with every viewer's relationship, perception and understanding in front of each artwork.

This approach to art as experience is the basis of numerous proposals of Latin American art, such as the public events of the Venezuelan artist Diego Barboza (1945-2003), or the performances of the Peruvian Jorge Eduardo Eielson (1924-2006) –historical references of artworks of the continent that will be part of the XIV Biennial of Cuenca–. In them, the idea of contact and the generation of interpersonal relationships play a leading role, similarly to many other artists who in the recent period assume art as a living experience from a critical perspective that questions the models and established paradigms, weaving networks, looking for connections, forging platforms of encounter and fostering situations in which individuals can interact and learn together.

The understanding of art as a vital experience implies a way of relating to artistic activity both from the point of view of production and in terms of its circulation and reception. It is no longer about an artist whose ultimate goal is the production of objects, but about a cultural producer who, having at his disposal diverse artistic languages and strategies generates a type of multiple experience for the spectator / passer-by, through the broad platform of the Biennale whose set of exhibitions covers the entire city.

The artists invited to the 14th Cuenca Biennial work from the experiential and encourage situations where this approach prevails. Most of them base their projects on previous processes of exploration and research in the city of Cuenca, turning the city into the physical support and great spring of their symbolic realizations, since they appeal either to its memory or to its present time, to the natural and architectural landscape, or to the rich and heterogeneous imaginary with which it coexists.

As they are aimed at experience, the artists' proposals are interested in history, political, social and cultural relations that are reflected in the daily life of the city. Thus, in this Biennial we will see proposals that refer to tasks and collective rituals such as carnival processions and fashion shows, journeys through the sounds of the jungle, reconstructions of urban fragments... all of them projects that explore the archaeological and anthropological layers of the cultural fabric. The forty-five works that will make up the official exhibition, as well as the planned parallel shows will be displayed both in museums and in the urban space, always aiming at generating meeting places and reflection on issues that concern the diversity of audiences experiencing this event.

In preparation and support of the 14th Cuenca Biennial, several activities took place. See the actions of: Benvenuto Chavajay and José Luis Macas 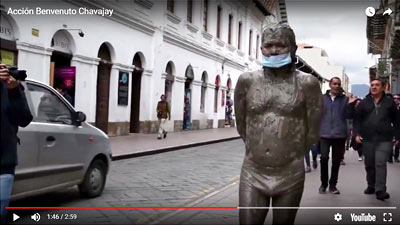 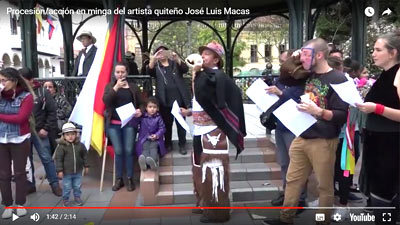 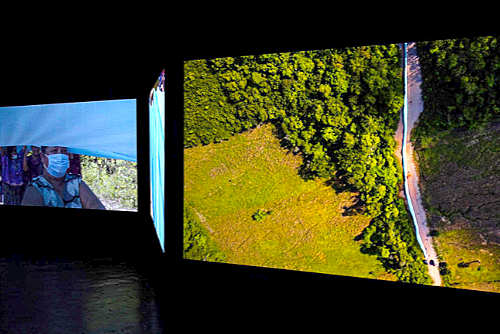 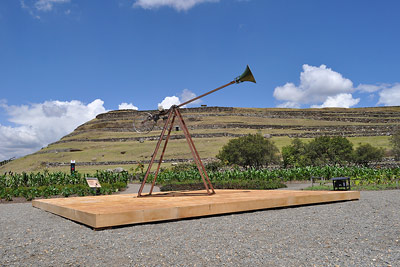 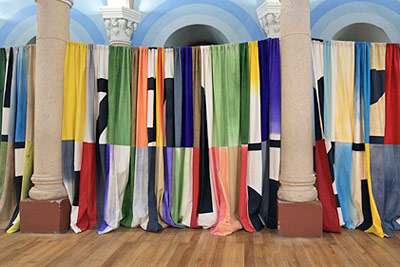