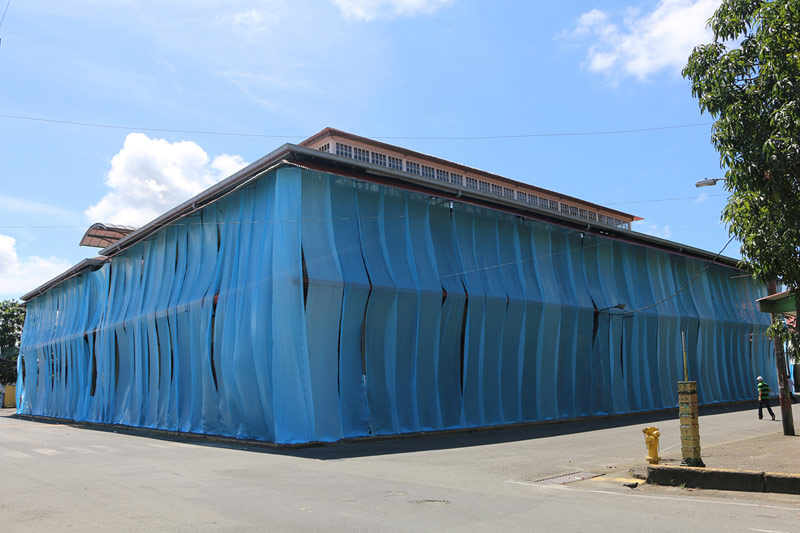 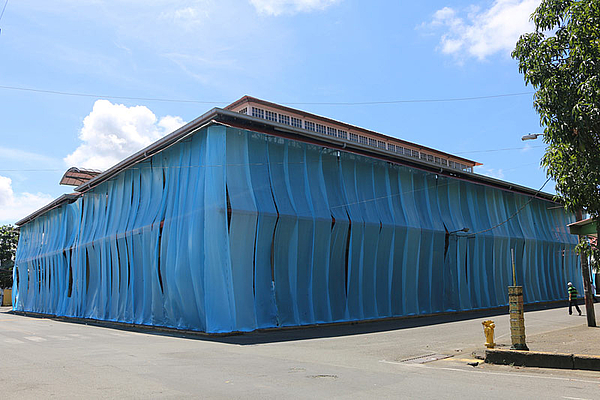 The facade of the old administrative building of the United Fruit Company in Limón was covered with blue bags treated with pesticide similar to those that cover the banana bunches at the plantations.

Established in 1899 the United Fruit Company had in Central America and exceptional laboratory - without any obstacles or surveillance, and enjoying the support of the local governments - to test economical fiscal, labor, environmental practices of a multinational corporation, one of the most influential institutional formations of the present.