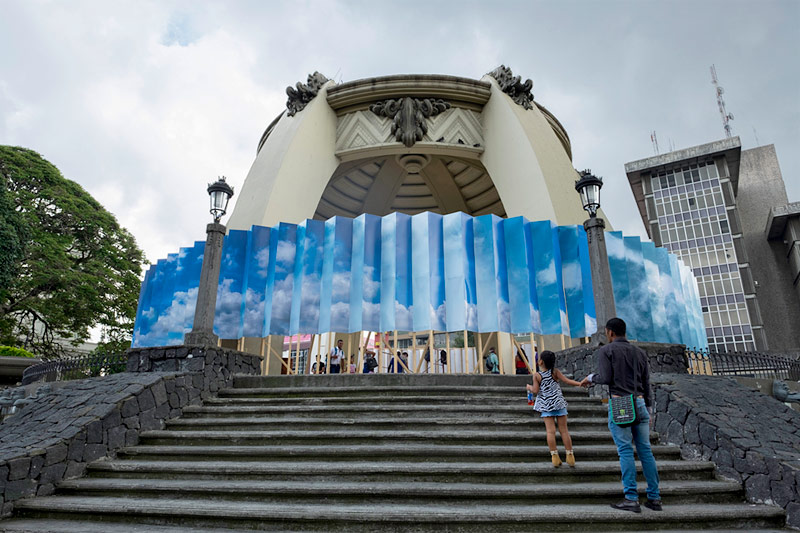 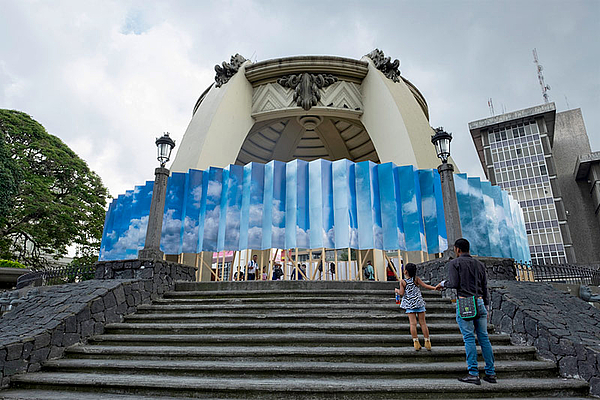 Intervention based on photographs of skies in San José and Managua, taken at the same daytime, installed at the kiosk of Parque Central, San José.

Used by Humboldt during his Latin American Expedition, the cyanometer was an instrument for measuring the colour intensity of blue sky.

The Quiosco del Parque Central de San José, was a gift of Nicaraguan dictator Anastasio Somoza to the the Costarrican governor Calderón Guardia in the 1940s.