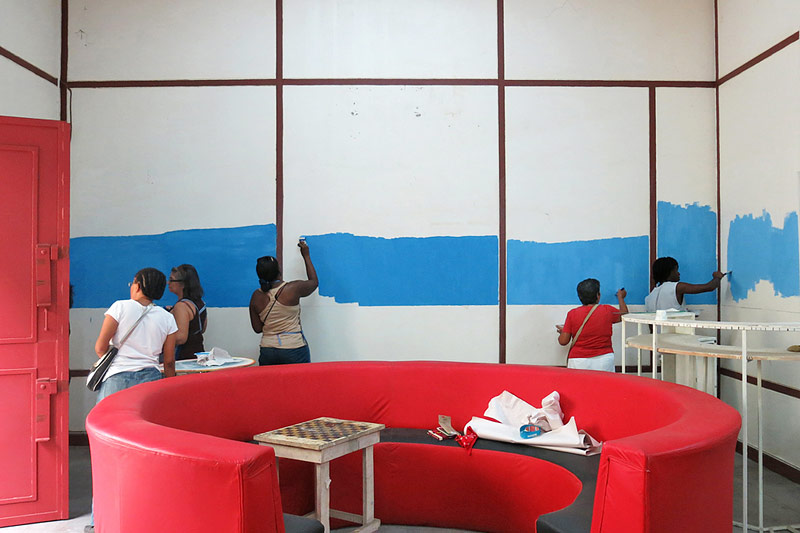 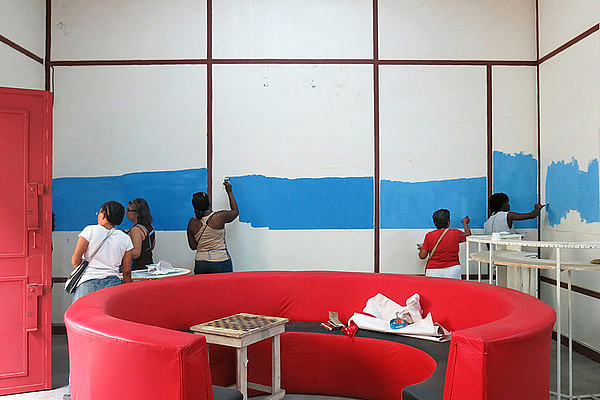 "Rasamblah horizonte": three days of collective painting as start of the process Horizonte Rocola, an experiment at Pasaje Cristal, Limón.

Between shops of electrical appliances, the covered passage of this building from the beginning of the 20th century is the daytime studio of a group of local painters. Horizonte Rocola is the temporary activation of the space