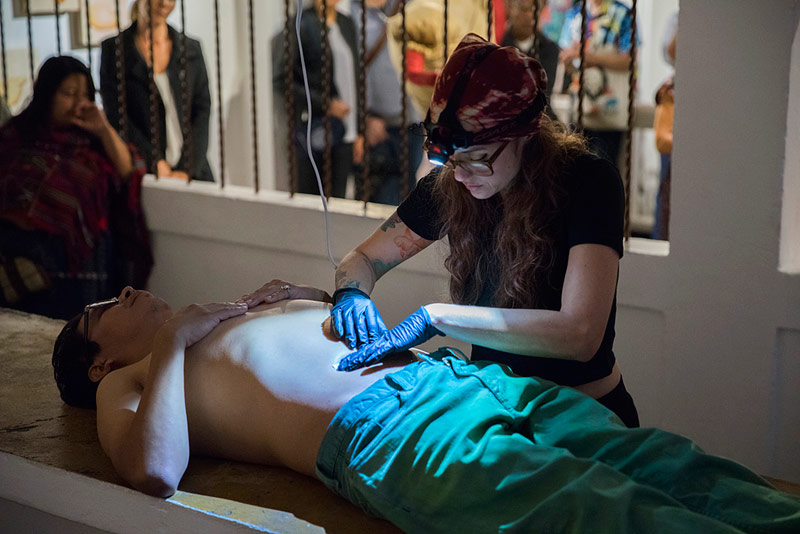 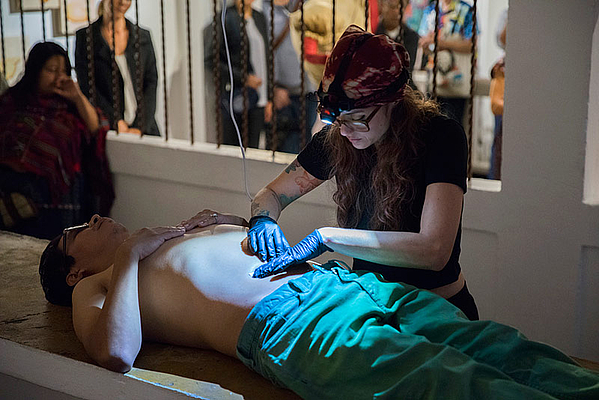 Ixtetelá, 2016
Performance in the former prisons of the Cuartel Buenavista, current building of the Museo Nacional de Costa Rica.

The word "Ixtetelá" is tattooed underneath the navel. "Ixtetelá" is the negated surname of the artist's mother that was replaced by "González" by a municipal functionary. The calligraphy corresponds to the last version written by his mother "illiterate according to occidental reason", after copying it several times until the letters end distorted into signs.