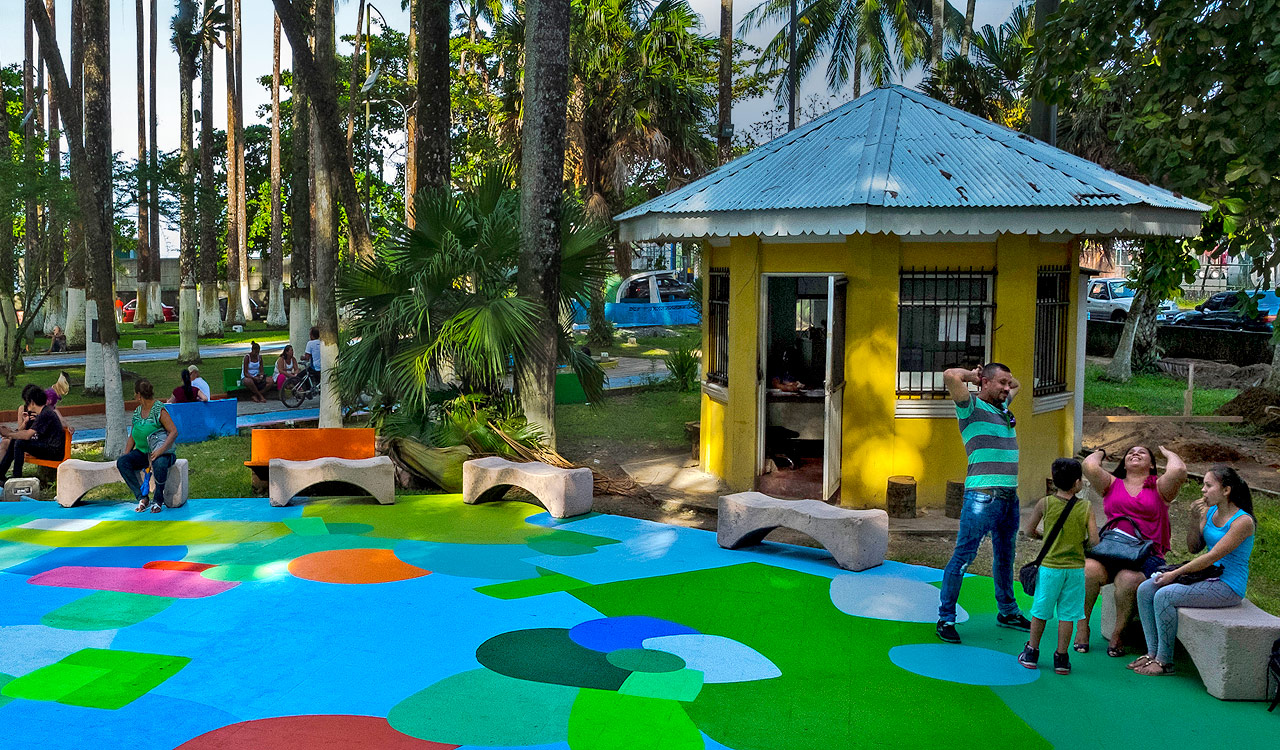 The Central American Biennial has been held since 1998. Promoted by a group of professionals and entrepreneurs from the region, in its nine previous editions, the Biennial followed a model in which each edition was held in one of the Central American capitals, and brought together works by six artists from each one of the countries: Costa Rica, El Salvador, Guatemala, Honduras, Nicaragua and Panama.

For nearly twenty years, the Biennial has given the region a shared event, bringing together artists and works from the different contexts, promoting a territory of ongoing negotiation between institutions and artistic practices and providing a systematic space for the visibility and legitimation of art from Central America.

For its tenth edition, with Costa Rica as the host country and the host organization being Empresarios por el Arte, chaired by architect Ronald Zürcher, the biennial decided to change its model to one based on a regional curatorship. The project "Embroidery and overflows" by curator Tamara Diaz Bringas was selected for the X Central American Biennial, aiming to consolidate the existing cultural networks, as well as promoting and strengthening ongoing research processes and artistic experimentation.

(Information from the Central American Biennial)