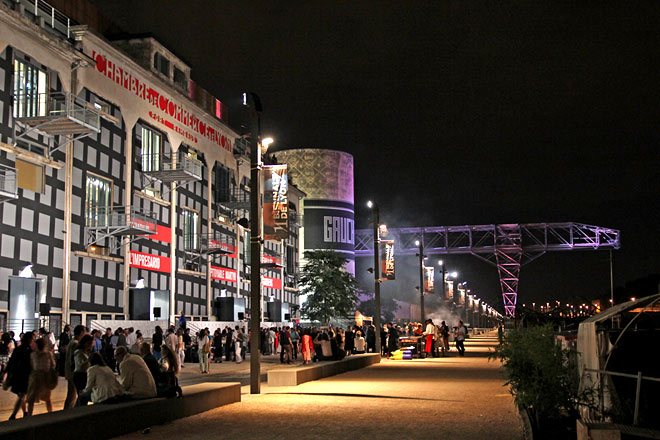 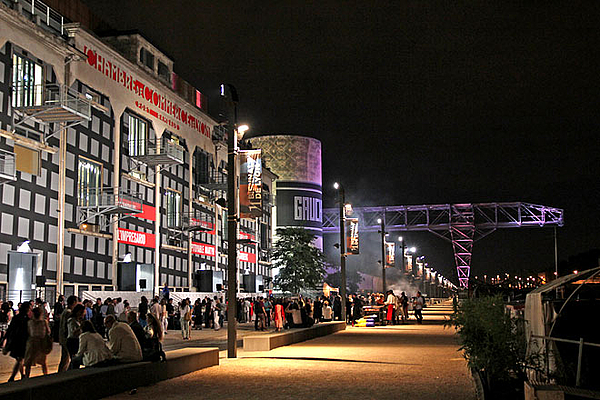 Façade painted by Bernardo Ortiz.
Photo taken during the preview, on 13 September 2011.

Old sugar factory in the Confluence district, venue of the Biennale since 2003. In our tour, works by 24 artists.