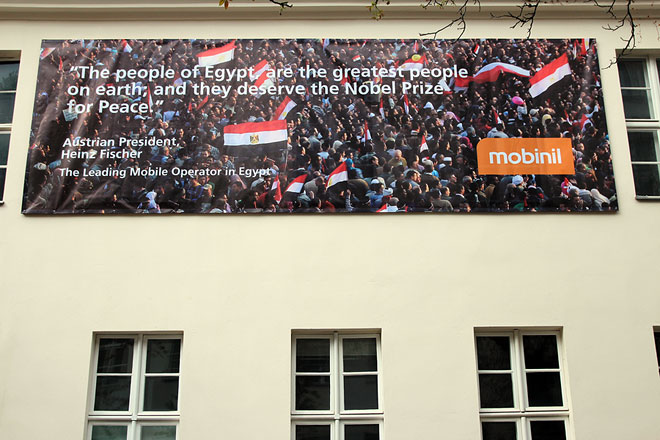 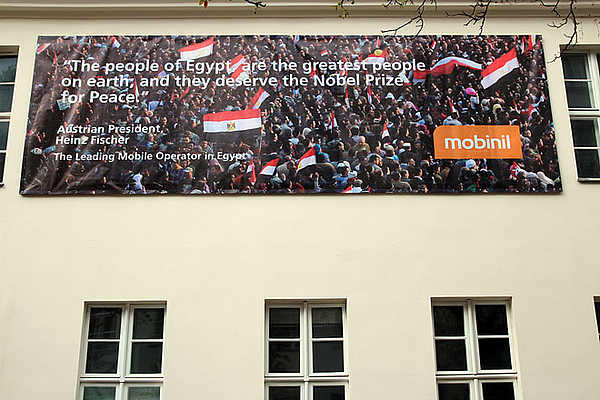 In January 2011, the mobile phone operator Mobinil suspended their network service on Egyptian governments order. Now the advertisment of the company capitalize on the revolution and struggles for democracy.