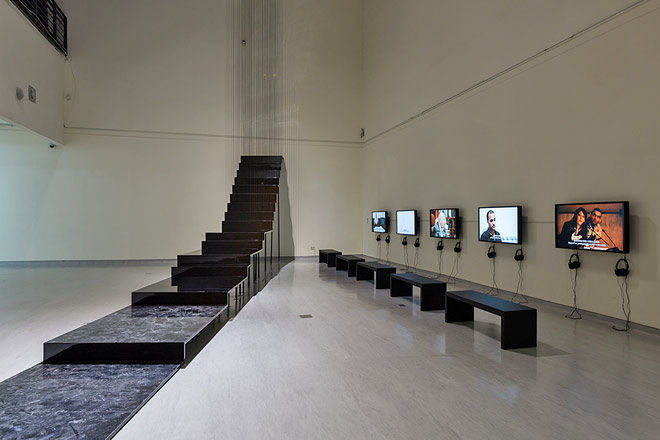 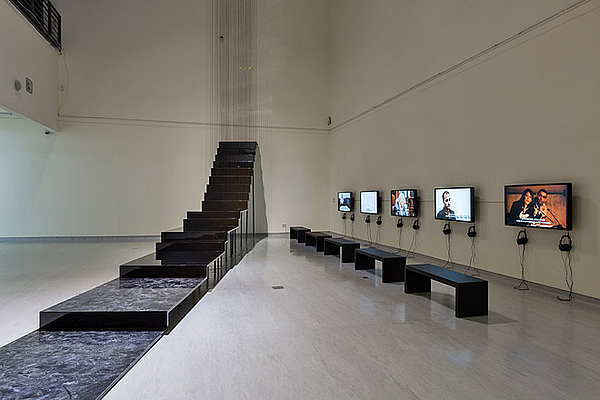 The centrepiece of DAAR exhibition is a life-sized section through the abandoned Palestinian Parliament in a suburb of Jerusalem – a parliament that has never been used. Construction started during the 1996 Oslo Accord when peace seemed possible and was halted in 2003 after the Second Intifada, (the Palestinian uprising) marked the failure of the political process.

The project began with the discovery that – mistakenly or intentionally – the building was constructed on Israel’s unilaterally declared border within Jerusalem. The parliament is partly within Israeli territory and partly within Palestinian controlled land – a small strip, no wider than the border line, is in legal limbo.

DAAR has built the section of the abandoned Palestine Parliament that the border line crosses in three dimensions. This suspended and elongated structure act as a forum for debate on political participation and how to be organised for exiled and geographically dispersed people. (Text by DAAR)