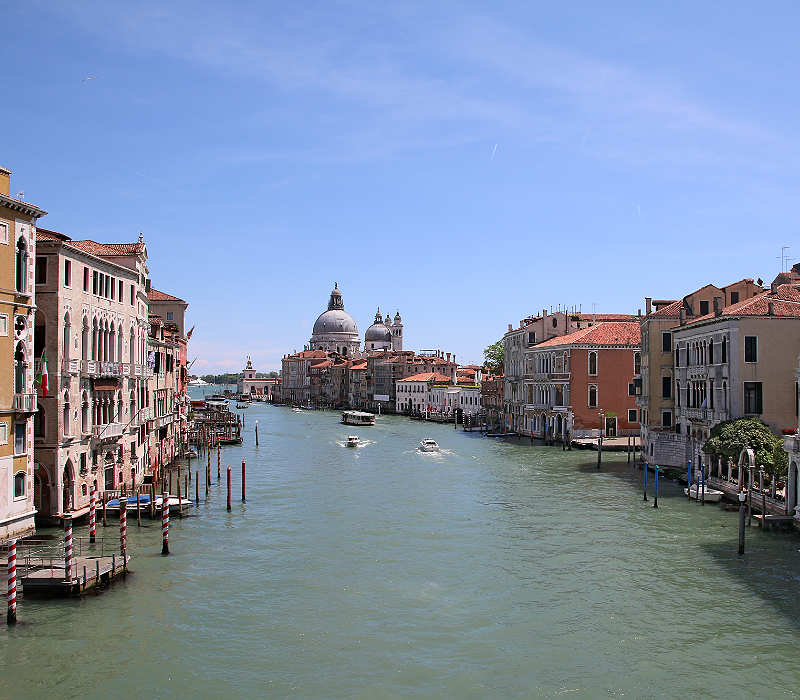 prev
Walks and tours
next

The last part of our Grand Canal art tour leads from the Accademia Bridge to Punta della Dogana, where Venice's main Canal and the Giudecca Canal meet.

The Ponte dell'Accademia that connects San Marco and Dorsoduro, is a large wooden bridge kept in this material instead of stone, following an explicit wish of the Venetians. The eye-catching building on the San Marco side is the neo-Gothic Palazzo Cavalli-Franchetti, used by the Istituto Veneto di Scienze, Lettere ed Arti to hold cultural events and exhibitions.

On the Dorsoduro bank, the Palazzo Contarini Polignac is also venue of exhibitions, especially during the Venice Biennale. Facing Campo San Vio, the former residence of Count Vittorio Cini displays part of his collection of Italian masterpieces.

more highlights in this tour

The world-famous Peggy Guggenheim Collection of modern art is housed in the Palazzo Venier dei Leoni, which was home of the collector for thirty years after she acquired the building in 1949.

Almost at the end of the Canal, the dome of Santa Maria della Salute stands out as one of Venice's landmarks. The Baroque church was built up from 1631 as votive offering to save Venice from the plague. On its side, the Abbazia di San Gregorio, a former Benedictine Abbey from the 9th century, can be visited when it is used for art exhibitions.

On the triangular island tip, in the old customs building called Punta della Dogana, the French collector François Pinault has opened a center for contemporary art, to present exhibitions and works from his own collection, alternating with its other venue, the Pallazzo Grassi. 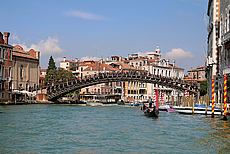 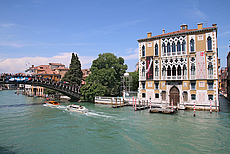 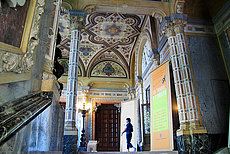 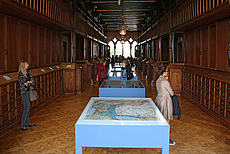 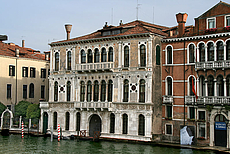 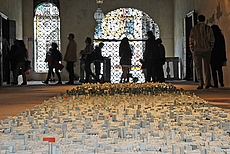 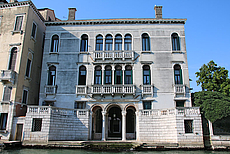 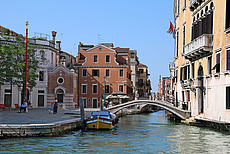 Also in our Canal Grande Tour: 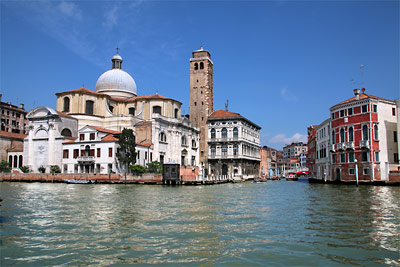 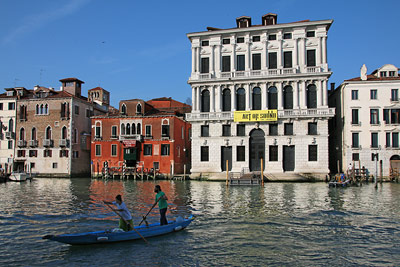 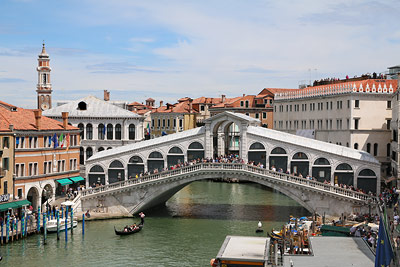 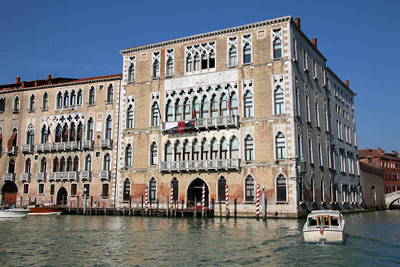 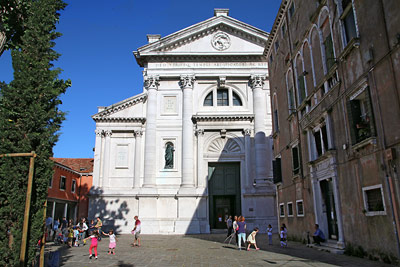 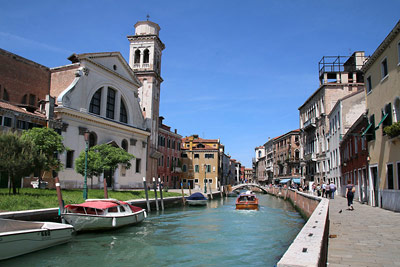 From San Trovaso along Zattere

From Rio di San Trovaso along Zattere to the Università Iuav, visiting some art venues 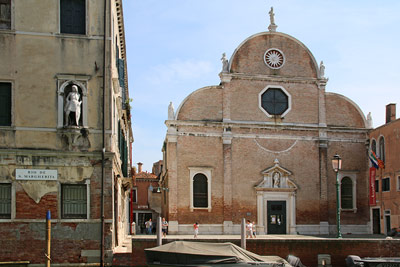 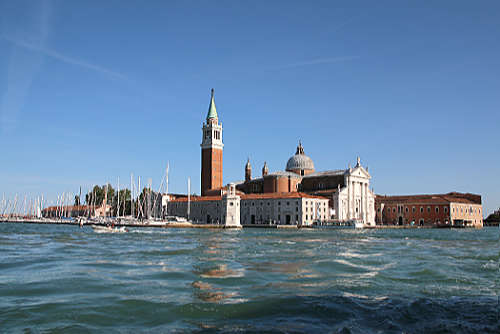