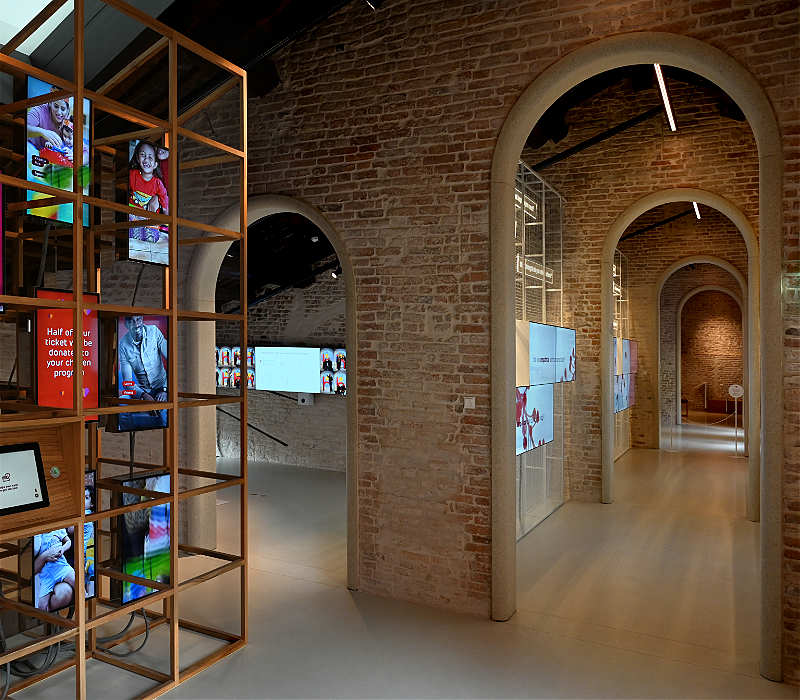 The three connected buildings framing Saint Mark's Square are called the Procuratie. The name comes from their original use as home and office for the Procurators of Saint Mark. They were city officials responsible for the administration of the St Mark's Basilica, as well as handling the execution of wills and trust funds on behalf of religious and charitable institutions. This lifetime appointment was the most prestigious position after that of the Doge, and it ensured an active role in the political life of Venice.

The Procuratie Vecchie was developed along the entire North side of Saint Mark's Square in the first half of the 16th century, under the renovatio urbis programme of the Doge Andrea Gritti. The three involved architects, Mauro Codussi, Bartolomeo Bon and Jacopo Sansovino, created the façade of arches and loggias adopted by the subsequent developments of the other Procuratie on the other sides of the Square, the Procuratie Nuove and Nuovissime (also known as the Napoleonic Wing, where the Museo Correr is housed).

Since 1832, the building was the headquarters of Italy's Generali Insurance until the institution requirements necessitated a transfer to Mogliano Veneto in 1989. After a five-year renovation headed by architect David Chipperfield, Generali opened the doors of the Procuratie Vecchie to the public in 2022, with the goal to bring the building into a more engaged relationship with the city of Venice and its visitors.

The architectural intervention developed David Chipperfield Architects Milan took into consideration the history of the builidng as well as ancient, local and traditional construction techniques, making use of local artisanal craftsmanship for the flooring, walling and ceiling. The renovations included the restoration of historic interiors on the first and second floors, where the offices of the Generali insurance company are situated, new vertical circulation, and the renovation of the third floor with public access to the exhibition spaces as well as workspaces, event spaces, an auditorium, and café.

The third floor is open to the public for visiting the exhibitions and events of The Human Safety Net, Generali’s global social foundation. "A World of Potential" is an interactive exhibition which offers visitors an immersive and interactive experience to understand and connect with their personal potential by exploring their own character strengths, while also enabling them to see the best qualities in the people around them.

The exhibition is curated by Orna Cohen, co-founder of Dialogue Social Enterprise (DSE). Migliore+Servetto have translated the concepts into 16 interactive machines à montrer, both analogue and digital, capable of engaging the most diverse audiences. At the end, the visitor can meet - through a video - a protagonist of The Human Safety Net, who shares his or her same top strength. This way, the entire experience helps one understand how everyone can contribute to improve the conditions of the most vulnerable people. In the final part visitors will have the opportunity to learn more about the activities run by the Human Safety Net and will be able to donate half of the ticket price to one of the programmes run by the foundation.

(Summarized from the Human Safety Net and other sources.) 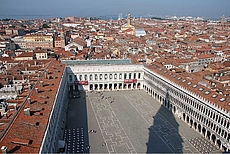 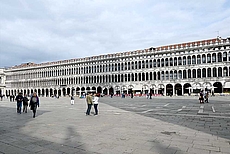 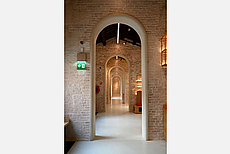 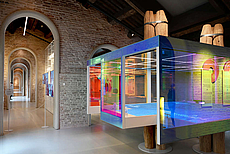 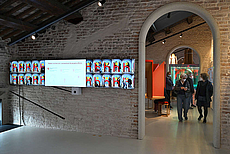 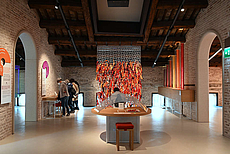 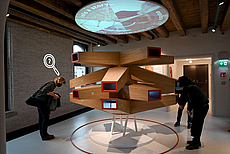 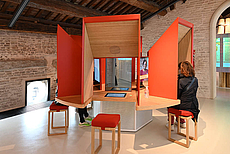 The exhibition opens daily, except Tuesdays, from 10 am to 7 pm.
More information and tickets