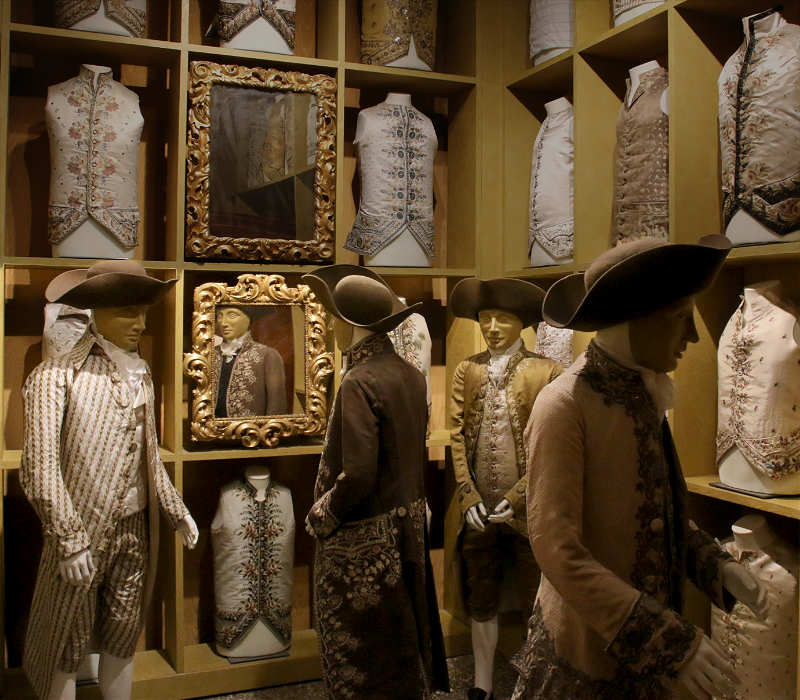 The Palazzo Mocenigo near the Church of San Stae in the sestiere of Santa Croce attained its present appearance when it was rebuilt at the beginning of the 17th century. It became the residence of the San Stae branch of the Mocenigo, a noble and wealthy Venetian family. Seven of its members were doges of Venice between 1414 and 1778.

In 1945 Alvise Nicolò, the family’s last descendant, donated the palazzo to the city with the condition to become an "Art Gallery to complete the Correr Museum." It opened to the public in 1985 as the seat of the Study Centre of the History of Textiles, Costumes and Perfume, housing the vast collections of historic fabrics and garments belonging to the Venice Civic Museums, mostly from the collections of Correr, Guggenheim, Cini and Grassi.

The museum was completely renewed and expanded in 2013. In twenty rooms on the first piano nobile it showcases different aspects of the life and activities of Venetian noble families between the 17th and 18th century. In addition, a new section was conceived, dedicated to the perfume production in Venice, including historical artefacts as well as multimedia and sensory experiences.

Palazzo Mocenigo also houses a library specialising in the history of fabrics, costumes, and fashion. 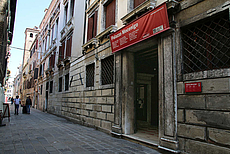 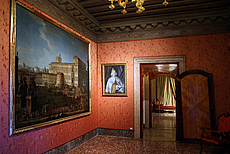 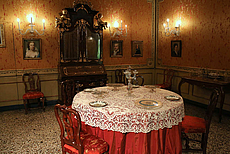 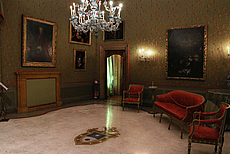 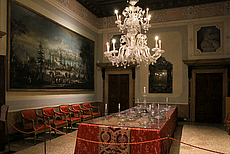 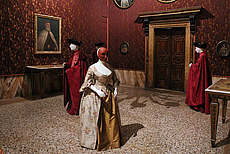 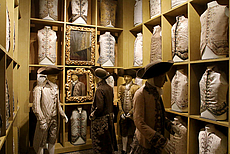 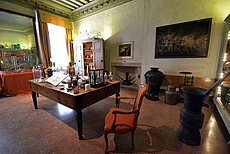