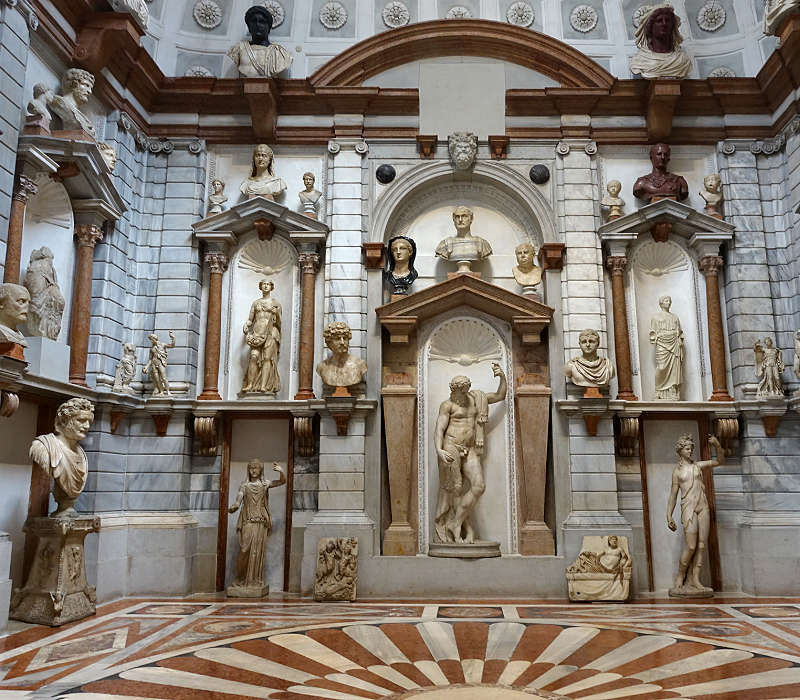 Located near Campo Santa Maria Formosa in the Castello district, Palazzo Grimani opened its doors as a public museum in 2008.

The building originally dates back to the Middle Ages and had an L-shaped structure. At the end of the fifteenth century it was purchased by Antonio Grimani, a successful merchant who became Doge of Venice in 1521. From then on, Palazzo Grimani was the home of one of the most important Venetian families until the mid-19th century. His two grandsons, Giovanni - who was Bishop of Ceneda and later Patriarch of Aquileia, and Vettore - chief magistrate of San Marco, made it their residence in 1532. They remodeled and redecorated the palazzo in 1539-40, commissioning the work to Francesco Salviati and Giovanni da Udine. Themes of antiquity reflected in the stuccowork and frescoes expressed the family's classic preferences.

After Vettore's death, Giovanni undertook a radical transformation of the palazzo. In the 1560s, the south and west wings with loggias of marble colonnades were constructed to enclose and create the courtyard. Also the oval staircase was added, as well as the decorations of the second-floor (with stuccowork and frescoes by Camillo Mantovano and Federico Zuccari) where the famous collection of antiquities was housed.

Giovanni Grimani (1506-1593) was a passionate and knowledgeable collector, influenced by the great interest in the arts that his family always had. His most valuable sculptures were exhibited in the extraordinary hall conceived for this purpose known as the "Chamber of Antiquities" or the Tribuna. Originally housing more than 130 ancient sculptures, the Tribuna was the room where Patriarch Giovanni received his illustrious guests. The walls have niches and shelves for holding statues and busts. The vaulted and coffered ceiling (adorned with a pattern of recessed panels or lacunaria) is crowned by a central lantern that provides diffused lighting.

Since 2019, Palazzo Grimani houses the exhibition "Domus Grimani 1594-2019. The collection of classical sculptures reassembled in its original setting after four centuries," configured as a real rearrangement of some rooms of the palace, and in particular of the Tribuna. For this presentation, a large part of Giovanni's original collection of antiquities which he donated to the Serenissima Repubblica in 1587 (today part of the Museo Archeologico Nazionale) was brought back to Palazzo Grimani, and installed in an exhibition that intends to evoke the atmosphere of a sixteenth-century patrician residence. 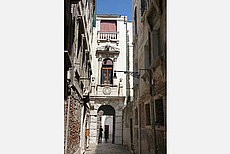 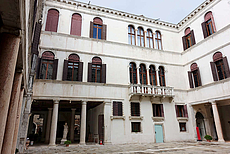 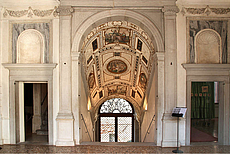 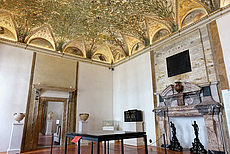 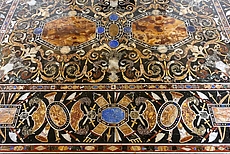 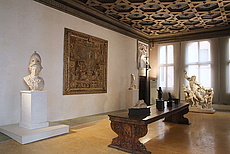 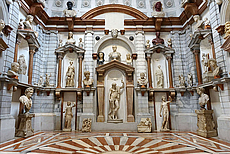 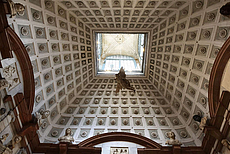