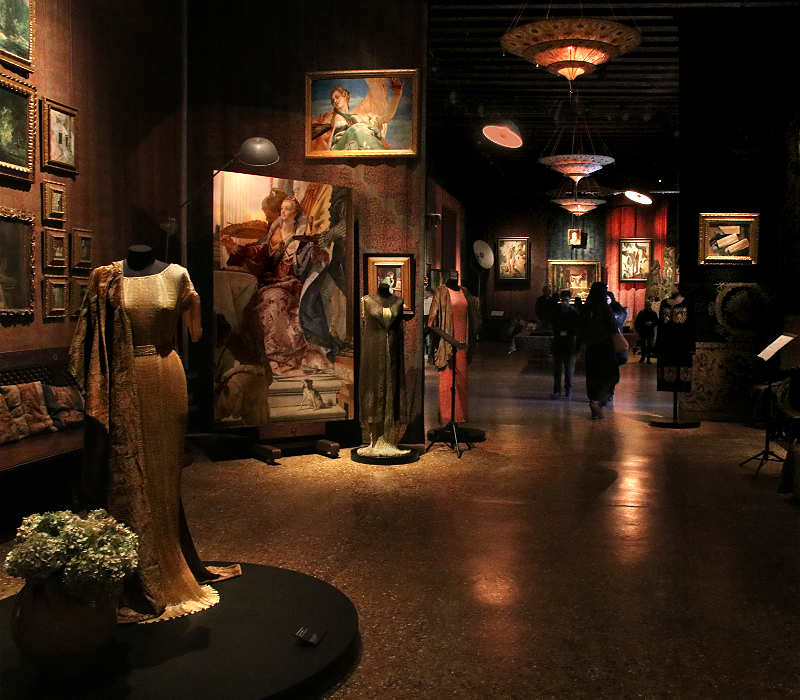 The palazzo built for the Pesaro family in the mid-fifteenth century facing Campo San Beneto, was originally known as Palazzo Pesaro degli Orfei. In 1898 it was bought by the famous artist, fashion, stage and light designer Mariano Fortuny y Madrazo (1871 Granada – Venice 1956), who carefully renovated the old building, estalling his studio in its huge attic. The palazzo became his permanent home in 1907.

With his wife and muse Henriette Nigrin, he set up an atelier and workshop for the design of exclusive dresses of dyed silk, velvet and other fabrics, printed with stenciled motifs based on Renaissance, Byzantine, and Oriental patterns. The most famous dress created by Nigrin and Fortuny is the "Delphos" gown, very popular among avant garde women of the 1920s and '30s like Sarah Bernhardt and Isadora Duncan. It is a finely pleated silk dress inspired by the classical Greek statue, the Charioteer of Delphi.

As stage designer Fortuny created diverse sets for theaters, among others for the Scala in Milan. He even developed a special system of stage-lighting that would use indirect, diffuse illumination. This ‘cupola’ was then produced in Berlin by the firm AEG and adopted by major theatres throughout Europe.

After Fortuny’s death, the palazzo was donated to the City of Venice with the condition of being used as a center for culture and arts, keeping the typical features of his atelier.

The collection on display allows to get to know Mariano Fortuny's creative genius in such diverse disciplines as painting, photography, etching, sculpture, theatre set, lighting design, fashion and costume design. His private library, which was the source of his inspiration, can also be seen, as well as the upper floor which was his atelier and factory before he moved it to a new facility built for this purpose on the island of Giudecca. 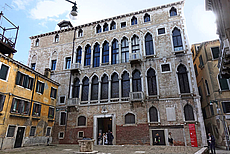 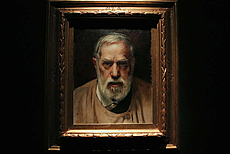 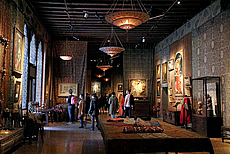 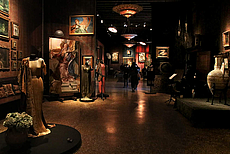 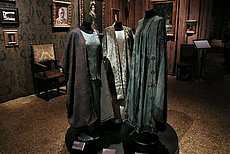 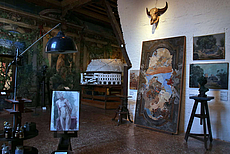 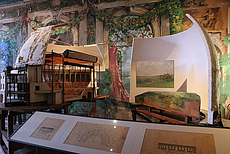 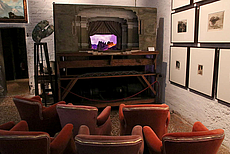 Model for the Bayreuth Theater