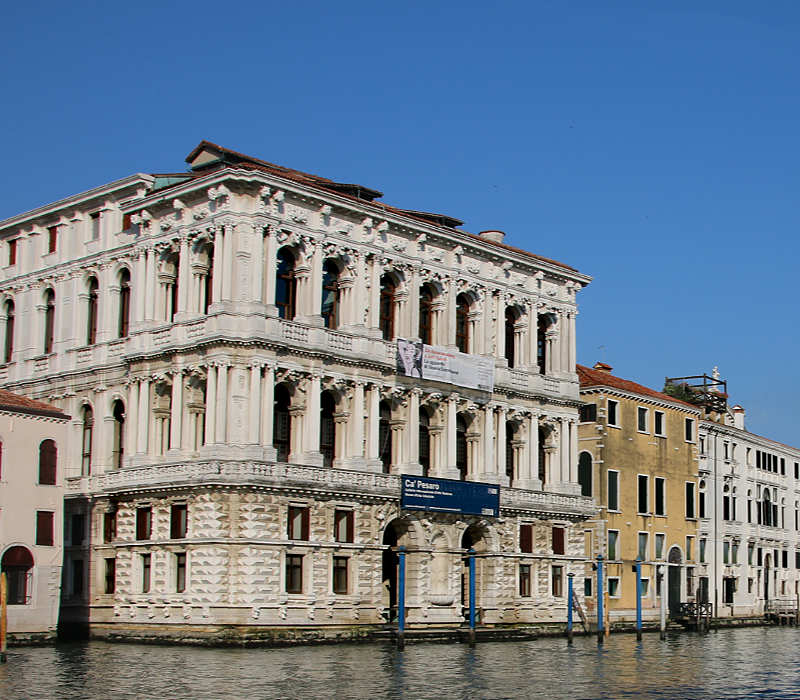 The magnificent palace was built in the second half of the 17th century for the Pesaro family, by the great Venetian baroque architect, Baldassarre Longhena, who also designed the church Santa Maria della Salute and the Ca’ Rezzonico. On his death in 1682, it was completed by Gian Antonio Gaspari in 1710, in compliance with the original project. During the long years of its construction, the palace was constantly enriched by an equally important process of interior decoration.

The great art collections of the Pesaro family were completely dispersed by 1830. The last Pesaro family member auctioned most of it in London.

The palace passed on firstly to the Gradenigo family, then to the Armenian Mechitarist Fathers, and was finally bought by the Bevilacqua family. Duchess Felicita Bevilacqua La Masa donated it to the city in 1898, as a Museum of Modern Art.

In 1902, the Venetian Town Council decided to host there the municipal collection of Modern Art, which had been started in 1897, when the second Venice Biennale was held. Between 1908 and 1924, the mezzanine level was used to host the historic Bevilacqua La Masa exhibitions, which, in lively contrast with the Venice Biennale, favored a generation of young artists, including Boccioni, Casorati, Gino Rossi and Arturo Martini. Over the years, the Modern Art collection was enriched by acquisitions and donations. Up unto the 1950s, European Art was favored; focusing more on Italian Art from the 1960s onwards.

The Galleria Internazionale d’Arte Moderna (International Gallery of Modern Art) in Ca’ Pesaro contains important 19th- and 20th-century collections of paintings and sculptures, including masterpieces by Klimt and Chagall and remarkable works by artists such as Kandinsky, Klee and Moore, as well as a rich selection of works by Italian artists and an important section on graphic art.

In 2013, a new hanging of the museum’s collections was inaugurated under the title of Colloqui (‘Conversations’) parallel to the International Art Exhibition of the Venice Biennale. The common thread running throughout the thematic and chronological itinerary of the new layout is Venetian taste for 20th-century art.

The second floor of the monumental palace regularly hosts temporary exhibitions in cooperation with institutions and collections from Italy and other countries.

The Museum of Oriental Art is located on the third floor of Ca' Pesaro. Its visit is included in the ticket.

The Museum has an important collection of Japanese art of the Edo period. The collection was bought by Prince Henry II of Borbone, Count of Bardi during his travels to Asia, bewteen 1887 and 1889. A selection of its more than 30.000 objects are on display, including swords and daggers, Japanese armours, delicate enamel objects and precious porcelains, with wide sections dedicated to Indonesian and Chinese art.

(Summarized information from the website of the museum and other sources.) 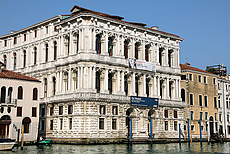 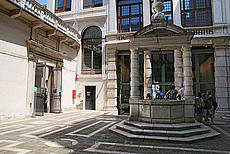 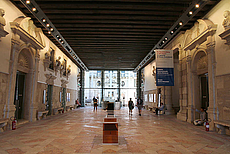 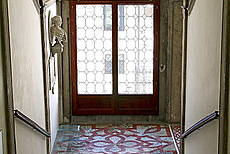 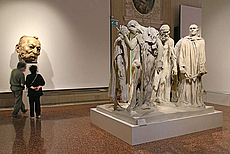 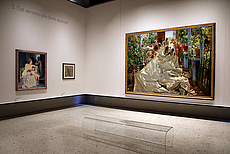 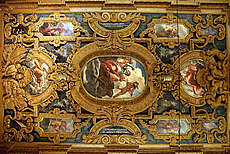 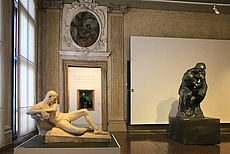