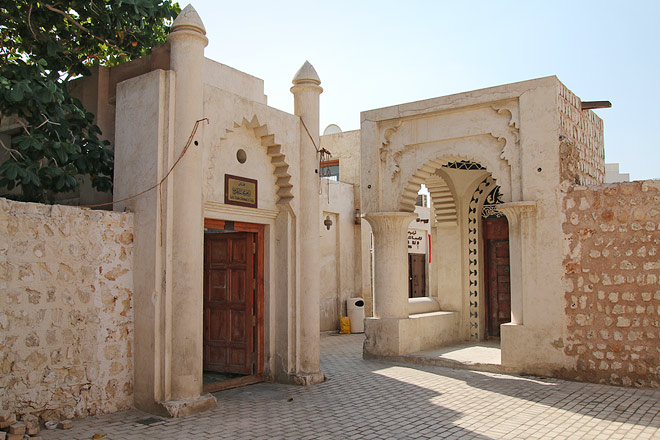 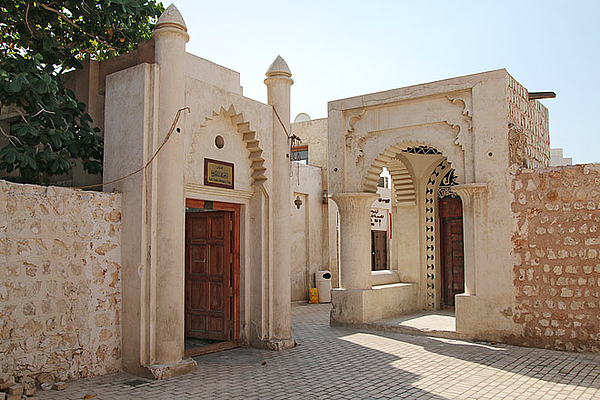 In Sharjah, the majlis could be on a separate plot from main house, which made it especially functional as a guesthouse. This is the case of Bait Ibrahim Al Midfaa (right) which has a decorated porch with a carved timber entrance door.

Bait Ibrahim Al Midfaa and Majlis Al Midfaa (left) are in process of restoration as part of the preservation and development project Heart of Sharjah.

From Hisn Street to the Heritage Museum, Calligraphy Square, Bait Al Naboodah, Souk Al Arsah, Majlis Al Midfa, and other sites in the Eastern part of the Heritage Area.