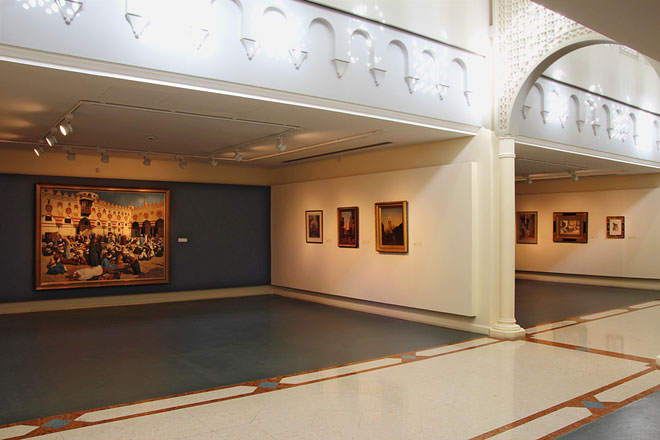 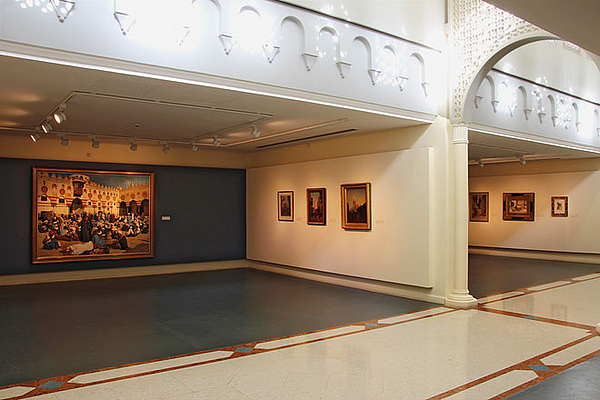 The works of art in these galleries were collected by His Highness Dr. Sheikh Sultan bin Mohammed Al Qasimi, Member of the Supreme Council of UAE and Ruler of Sharjah, who has generously offered them for exhibition in the Sharjah Art Museum.

They present sceneries from Egypt, Turkey, Syria, Palestine, Morocco, and other countries as they were depicted by European artists and travellers in the 18th, 19th and early 20th centuries.

From the Museum of Islamic Civilization along the Creek, through Bait Al Shamsi to the Sharjah Art Museum. 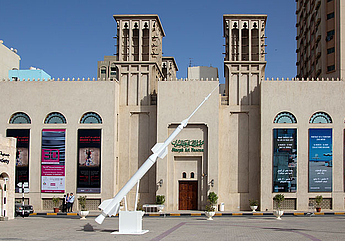