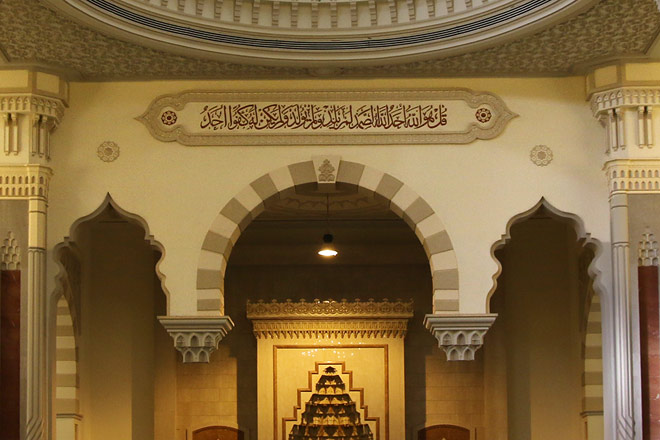 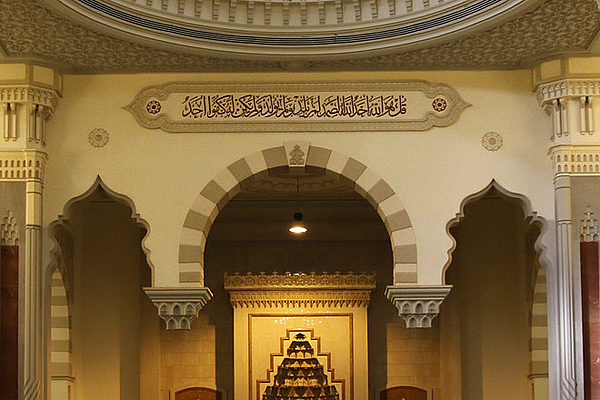 The use of calligraphy in Islamic architecture can be said to date from the 7th century Common Era. There are nine panels located around the mosque that are adorned with calligraphic inscriptions from the Holy Quran in theThuluth style.

There are three suspended arches at front of the Mosque which are popular in Islamic design as they allow a clear perspective and the open view allows the worshippers to sit and pray without any obstructions in front of them.

Often regarded as the most famous mosque of Sharjah. Completed in 2005, influenced by classical Turkish Ottoman architecture. Open for non-muslim visitors.