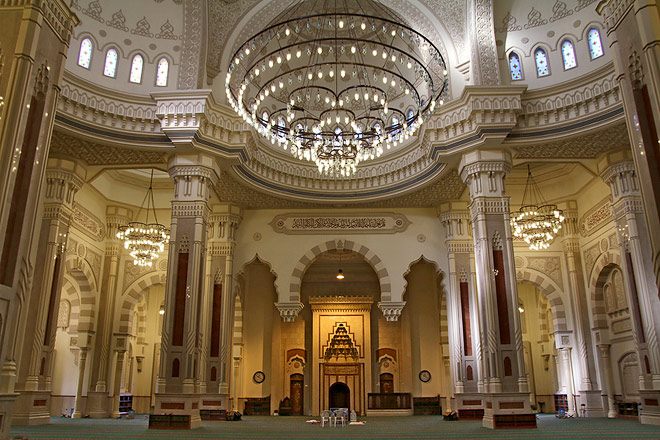 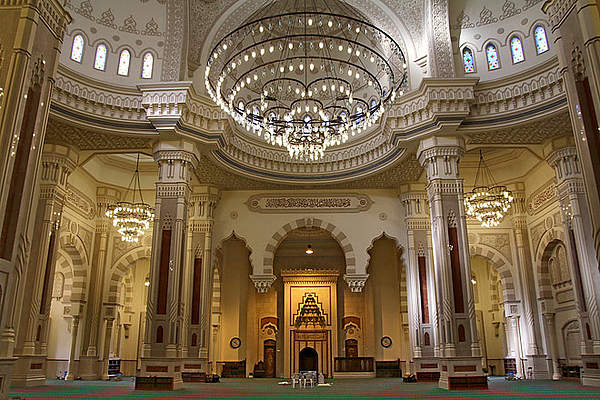 The prayer hall is a large, but peaceful and serene open space with arches, pillars and collonettes (small columns) which are intrically decorated. Marble that was sourced from Italy and India is an aspect on the interior walls and pillars. The complex arabesque decorative patterns on the walls and ceilings were made from gypsum, and the colouring is white to off white with some elements of gold and pale pink.

Often regarded as the most famous mosque of Sharjah. Completed in 2005, influenced by classical Turkish Ottoman architecture. Open for non-muslim visitors.