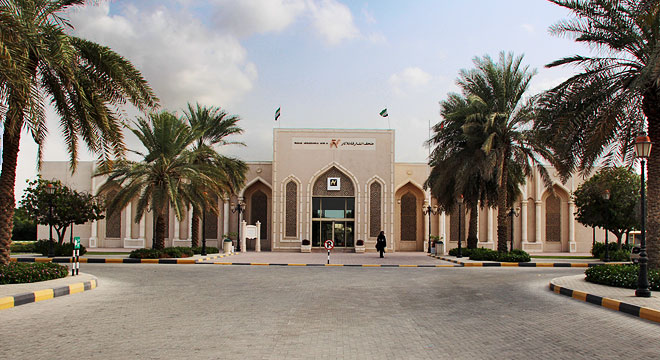 The Sharjah Archaeology Museum presents the rich archaeological heritage of the Emirate of Sharjah and the region. Visitors can learn how the ancient inhabitants adapted to their environment, how they built their houses and produced their everyday objects, which weapons and jewellery they used, which food they ate, how they dealt with death.

The stories of Sharjah’s earliest history are brought alive through displays of artefacts excavated by archaeologists, films, interactive computer games and realistic models of burials, houses and tombs.

A highlight of the museum's collection are the findings from the excavations at the Neolithic cemetery of al-Buhais 18, a site frequented from about 5200 to 4000 BC.

The exhibition is organized in several galleries:

The Stone Age (5000 - 3000 B.C.)
The earliest known period of human occupation in Sharjah. Remains of early fishermen, hunters and herders; the tools, weapons and jewellery, which they crafted from bone, stone and shell.

The Iron Age (1300- 300 B.C.)
Significant increase in the population. People engaged in metalworking, constructed underground irrigation channels to direct water to where it was needed and relied on the camel for travel between settlements. More elaborate range of metal objects and stone vessels, many of which were traded or buried with the dead.

Greater Arabia (300 B.C. - 611 A.D.)
More numerous and varied antiquities have been recovered from this period of Sharjah’s past than any other. The use of iron objects increased in importance. Trade of these and many other items, including incense. The earliest examples of writing and coinage in the region. Burial practices changed to include the ritual slaughter of horses and camels for burial with their owners. 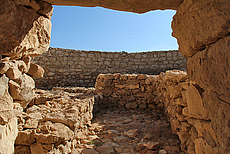