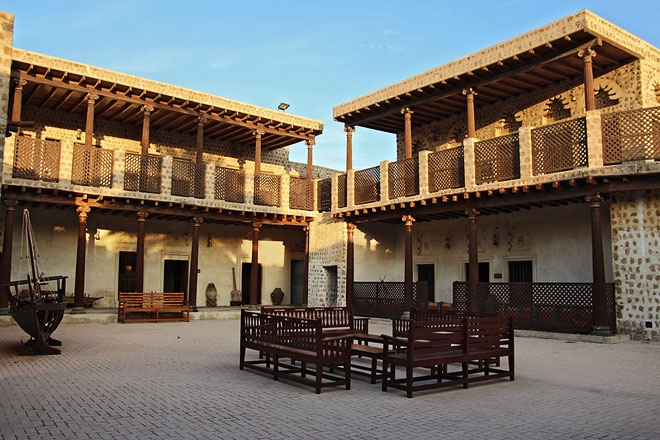 Bait Al Naboodah (The house of Al Naboodah) was built in 1845 for Obaid bin Eisa bin Ali Al Shamsi, also known as "Al Naboodah". He was a well known pearl merchant with good connection with foreign countries such as India, Africa and France.

The two-storey house has 16 rooms around a large courtyard, out of which three are on the upper floor. With its walls made of coral stone, the methods of 'air conditioning', and decorative carvings in both plaster and wood, it is a marvelous example of traditional Gulf architecture.

The reconstructed house has become a museum where the visitors can learn about the daily family life and routines in a bygone era.