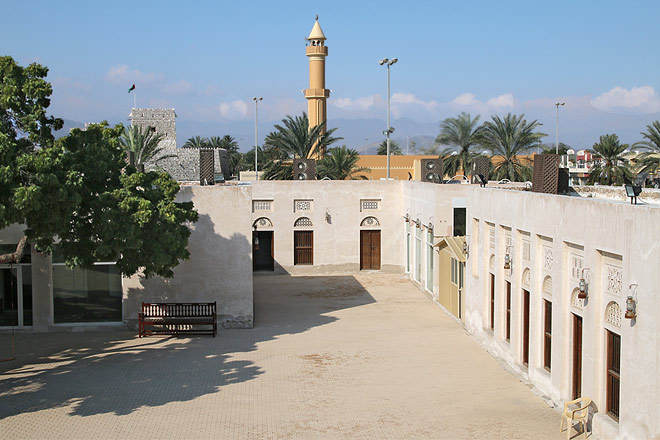 Owned by Sheikh Saeed Bin Hamad Al Qasimi, wali of Kalba, the house was built between 1898 and 1901. It is divided into an eastern and a western section. The eastern section includes the Access, the Majlis, Morabba'a, the defensive barrage with its shooting outlets (Mazaghil) and the inner Majlis facing the shore. This section, which is separated from the other by a wall in the middle, is designated for receiving men and guests while the western section comprises the living units and serving facilities allotted for women, children and servants.

In December 1999, the house has been opened as a museum. Its heritage collections include the Sheikh Saeed’s room, a children’s room, a living room for children, a room for agriculture, a room designated for old pictures and mementos to a sitting room and a kitchen.

One area is dedicated to archeological findings discovered in the Eastern Region of the emirate of Sharjah. In two other rooms there are on display objects of pottery, glass, metal arts, etc.

(From information by the Sharjah Museums Department)