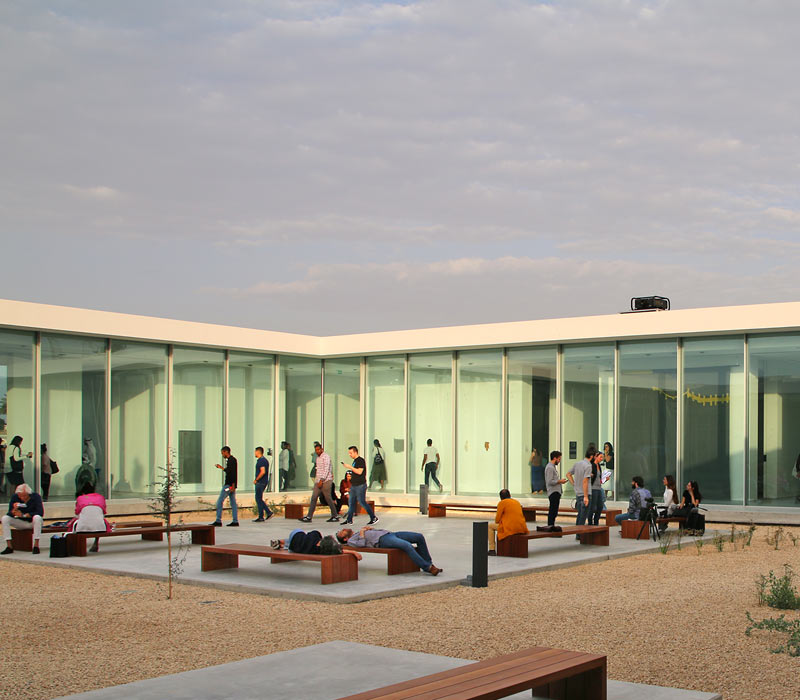 In keeping with SAF’s other urban development projects, which have readapted historic architectural elements to new uses, Al Hamriyah Studios were constructed on the site of a former souq. Emirati architect Khaled Al Najjar of the award-winning local firm dxb.lab combined avant-garde and modern architectural technologies with regionally-inspired customs and traditions of the built environment.

The 2510.8 m2 community space enables artists to concentrate on the production of artworks while engaging with other artists. The hubs of social interaction are the 761.8 m2 courtyard, the large multi-purpose room and the pantry space with its large communal table. Landscaped with local trees and plants, the courtyard plays host to a range of SAF public events, including outdoor cinema screenings and performances. There are eight studios for rent in three different sizes in Al Hamriyah.
More information: SAF Studios 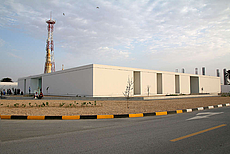 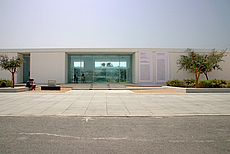 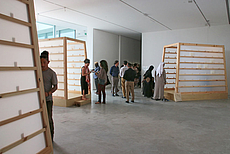 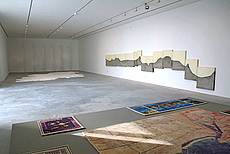 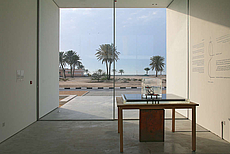 Window to the street 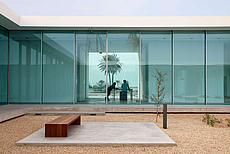 View from the courtyard 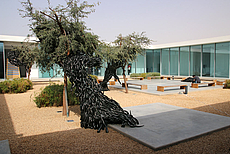 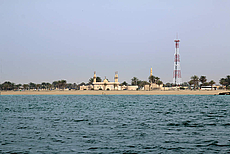 © Text based on information by the Sharjah Art Foundation.
© Photos: Universes in Universe, unless otherwise indicated