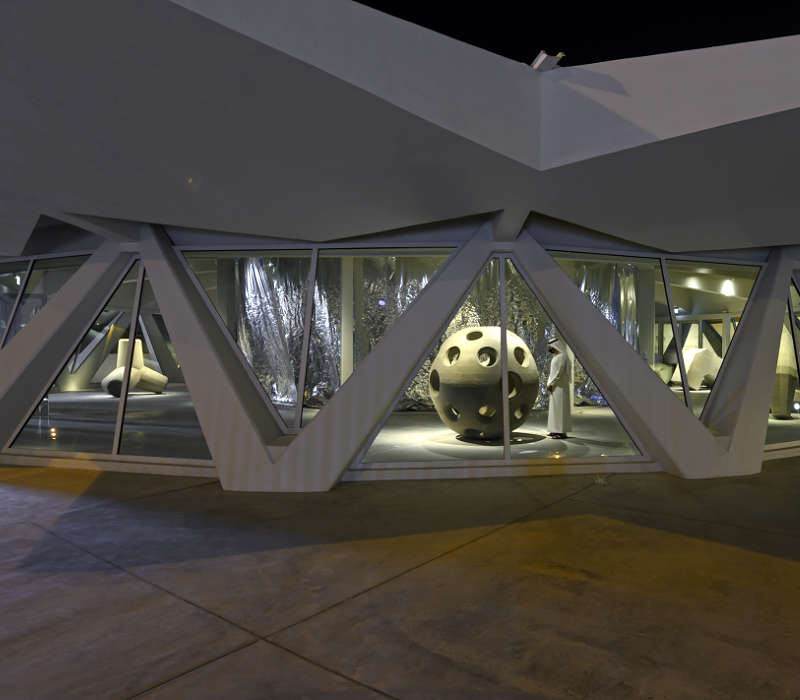 Site-responsive installation to mark the reopening of the iconic, newly restored building of The Flying Saucer in Sharjah.

Photos of the installation

Sharjah Art Foundation (SAF) presents Lindsay Seers and Keith Sargent: Nowhere Less Now3 [flying saucer] , the latest iteration of Seers’ long-term episodic work ‘Nowhere Less Now’, co-commissioned and produced by SAF, Artangel, and the Museum of Old and New Art (MONA). Conceptually structured around Henri Bergson's philosophy of memory, ‘Nowhere Less Now’ is presented in cycles and addresses the dark legacy of British colonialism, building on Seers’ journey through history in search of (the) truth. The Sharjah edition of the work, Nowhere Less Now3 [flying saucer] , differs from previous episodes in that it responds to and is embedded in a building of Googie architecture, Sharjah’s iconic Flying Saucer. Marking the reopening of The Flying Saucer, this is the first major presentation at the venue since its renovation.
Continue reading…

Photos of the installation 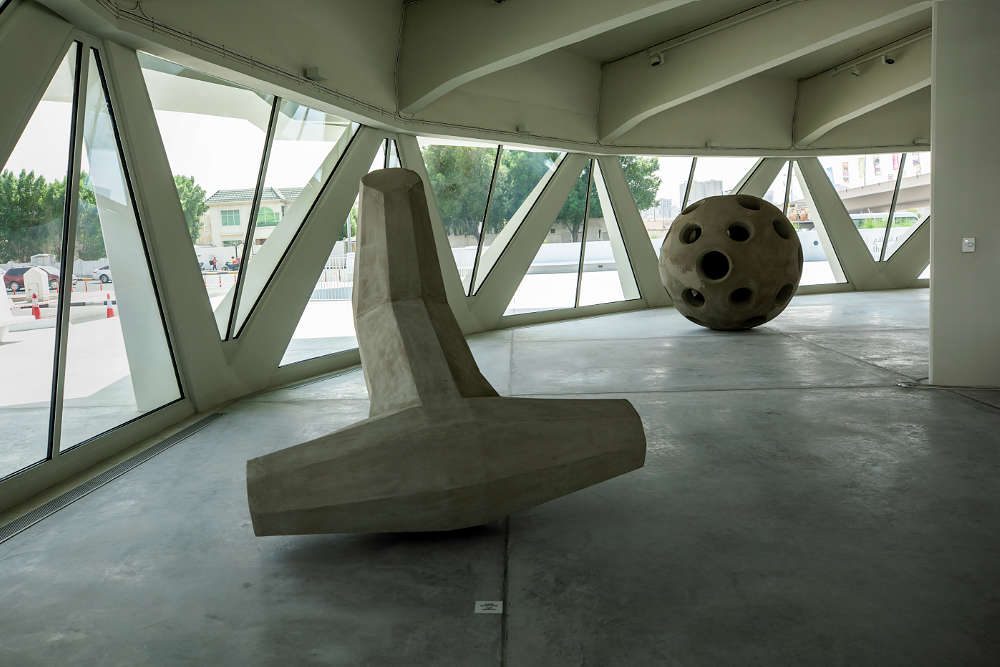 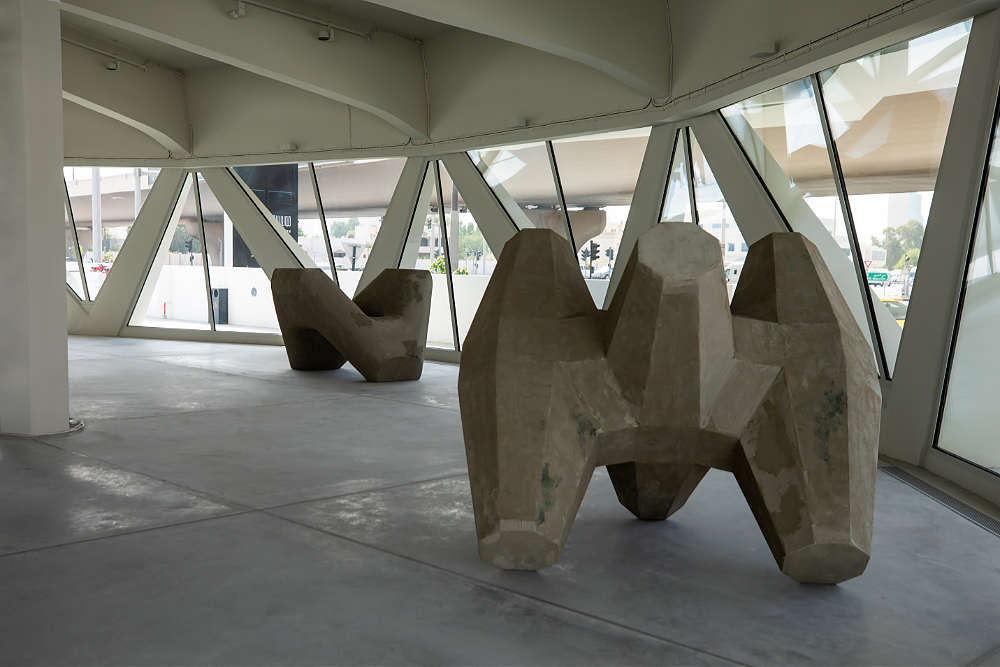 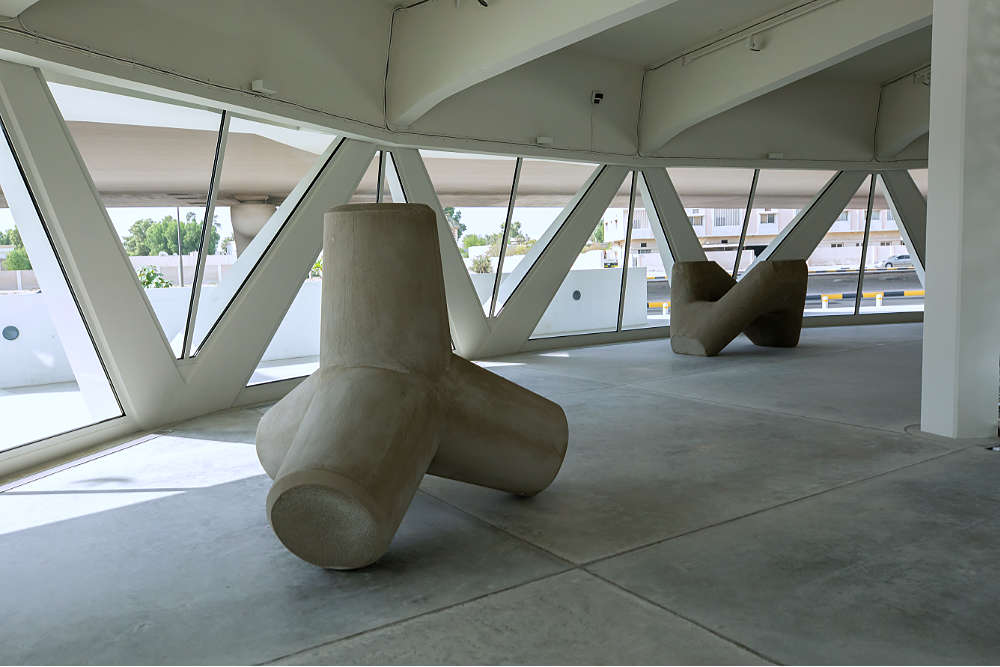 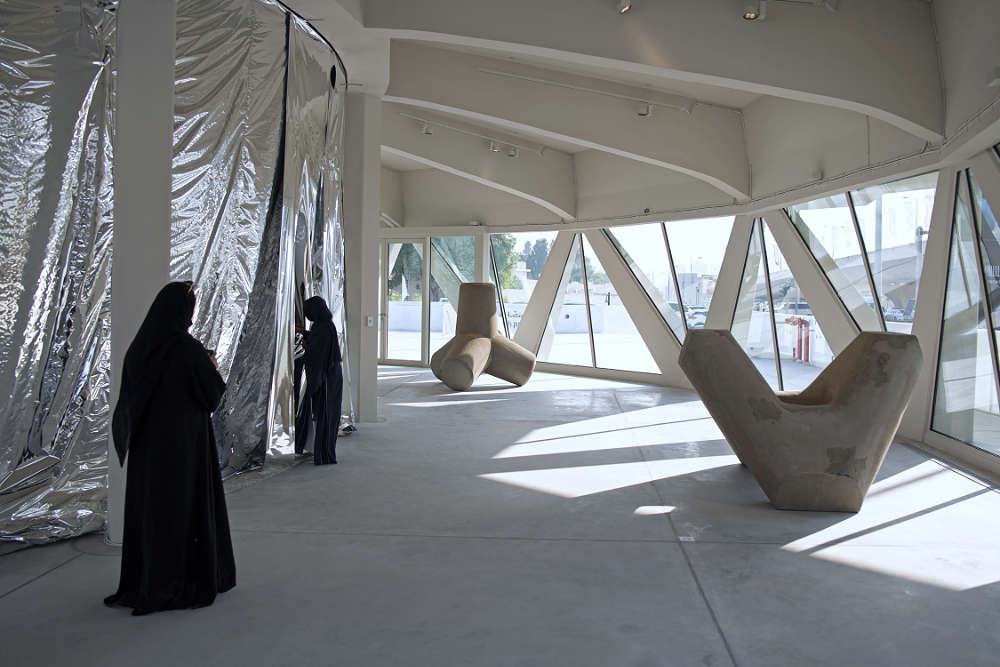 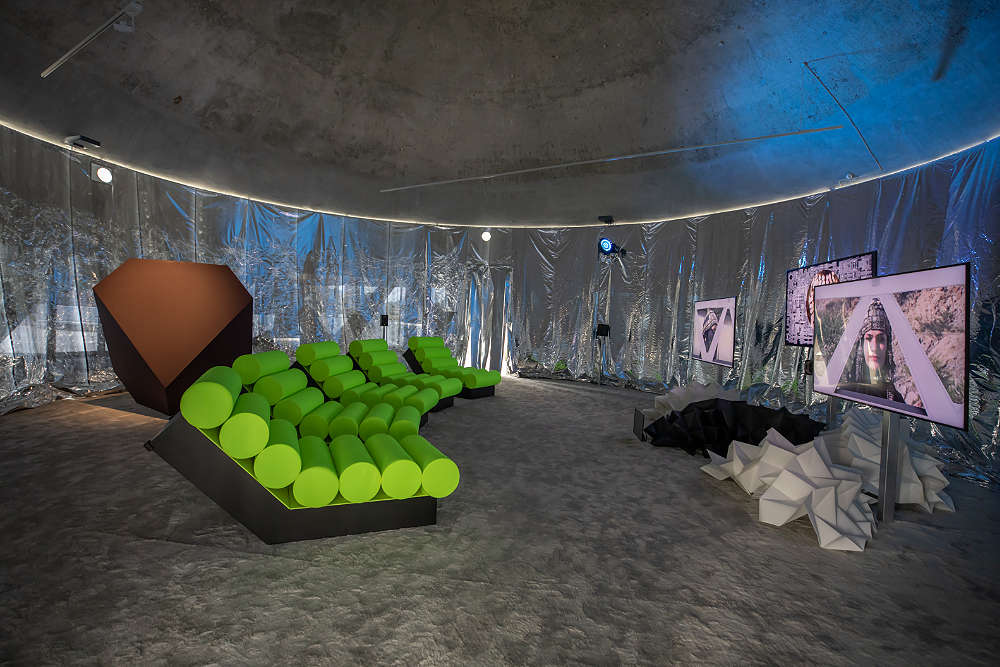 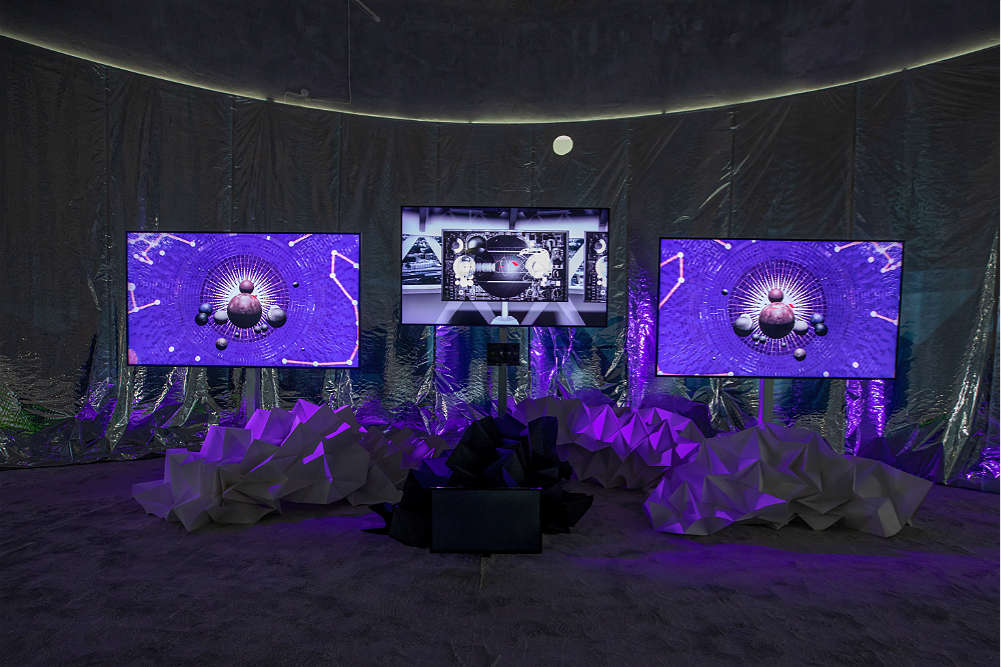 Basing this iteration of the work on the Gulf Weekly Mirror’s 1978 report about the sighting of a flying saucer hovering over Dubai, Seers uses the architectural elements of the building to narrate an alien’s landing on Earth and its fascination with the forces impelling humans to move to a pulse, a rhythm. The multimedia installation includes several sculptural elements and a film that follows an alien as it attempts to understand life on Earth from geometry, gestures and movements. Weaving this narrative together with the lives of two additional protagonists, the Princess of Zanzibar (Emily Ruete) and German actress and dancer Leni Riefenstahl, the film focuses on the social and cultural implications of dancing, fascism and colonialism. All the while, we are left to question whether we can find a way to move beyond language to nuanced deep thought that transcends cultural and biological stereotyping and reorders time as nonlinear—the present is immanent and not defined by the past and the future. The work has particular resonance in the star-shaped Flying Saucer building, which was built next to a British military encampment in the mid-1970s and stood on the boundary of territories between the British military—an ‘alien’ entity in the region—and the indigenous people.

‘Nowhere Less Now’ was originally presented in 2012 at the Tin Tabernacle in Kilburn, London, by Artangel, an acclaimed London-based non-profit arts organisation known for its adventurous artist commissions that have been realised in unusual sites and locations across the United Kingdom and around the world. The second iteration of the work, Nowhere Less Now 2, was presented in 2014 at the Museum of Old and New Art (MONA) as part of a group exhibition titled The Red Queen. ‘Nowhere Less Now’ has been commissioned and produced by Artangel, London; Sharjah Art Foundation; and the Museum of Old and New Art (MONA), Hobart, Australia.

Nowhere Less Now3 [flying saucer] inaugurates the newly renovated Flying Saucer building, a Sharjah architectural landmark built in the mid-1970s and in use as a SAF venue since 2015. The futuristic Brutalist building—which originally housed a one-stop-shop restaurant, newsstand, tobacconist, gift shop, patisserie and delicatessen—recently underwent a major renovation to restore the structure’s original silhouette and incorporate new spaces for community gathering around art, public programmes and events. The Flying Saucer was acquired by the Foundation in 2012.

Lindsay Seers’ artistic practice goes beyond simple storytelling to become a network in which conceptual investigation, a desire for photography to act as evidence, historical and personal contexts, and the camera itself merge. She has received a number of awards and grants, including a major award for a new work from the Wellcome Trust (2016); Le Jeu de Paume production award for the Toulouse Festival, France (2013); a Production Programme Grant, Sharjah Art Foundation (2012); the Paul Hamlyn Award, UK (2010); the Film London and Channel 4 Jarman Award (2009); and a broadcast commission for Channel 4’s 3 Minute Wonder series (2009).

Seers earned a BA Hons in Sculpture and Media from the Slade School of Fine Art, University College London (1994), and a Master of Fine Art from Goldsmiths, University of London (2001). Born in 1966 in Mauritius, Seers lives on the Isle of Sheppey, UK, and works in Sheerness and London.

Keith Sargent is an artist, filmmaker, graphic designer and educator. In addition to producing art exhibitions and international trade shows, he is a director of the multidisciplinary design company b#1 (buildingnumberone).