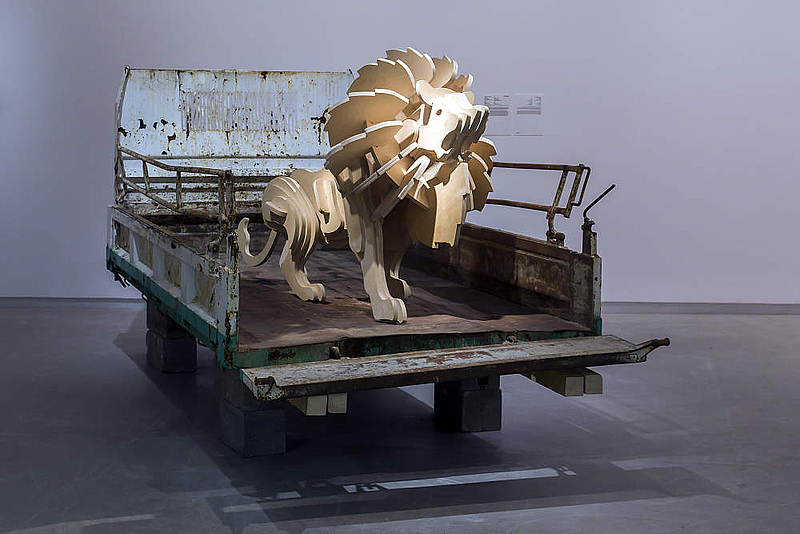 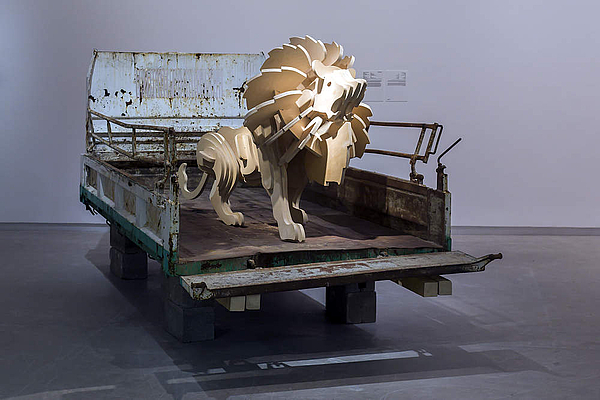 Rabah proposes alternative ways to utilise the parameters of Geology and Palaeontology sciences and think through the volatile urban construct of Gaza.

After the 2016 bombardment, the plight of the animals at the Gaza Zoo made headlines. As animal rights activists lobbied for evacuating the most endangered, it was discovered that the lions had been initially smuggled from Egypt through underground tunnels—survival channels that are often labelled as terrorist networks. For Rabah, this was a testimony to the longing for hyper-normalcy in which people risked their lives and sensitive supply chains to populate a public zoo.

Beyond the social condition itself, it was the vilifying news drawings of the tunnels dug between the lands of the occupier and the occupied that interested the artist. Tunnel is a reproduction of one such illustration that characterises Palestinians as scheming criminals in almost video-game imagery. Rabah repurposes it and by switching its context, presents the model as a geological study of the layers of the land. Similarly, Gaza Sign is a map of the territory set up as a signboard. Shades of brown marked on the map present the population densities across the land. Rabah likens the shape and colouring to bone and skin, a fragment of a larger body. The board looks like it is falling, but the printed map achieves proper orientation in its disruption. Truck load looks at the widespread Gaza practice of collecting scrap material and rubble from destroyed buildings for recycling. Together, these elements function as modern-day fossils, capable of providing an accurate description of the land and the footprint of its dwellers.

© Booklet Khalil Rabah: What is not
Sharjah Art Foundation, 2022