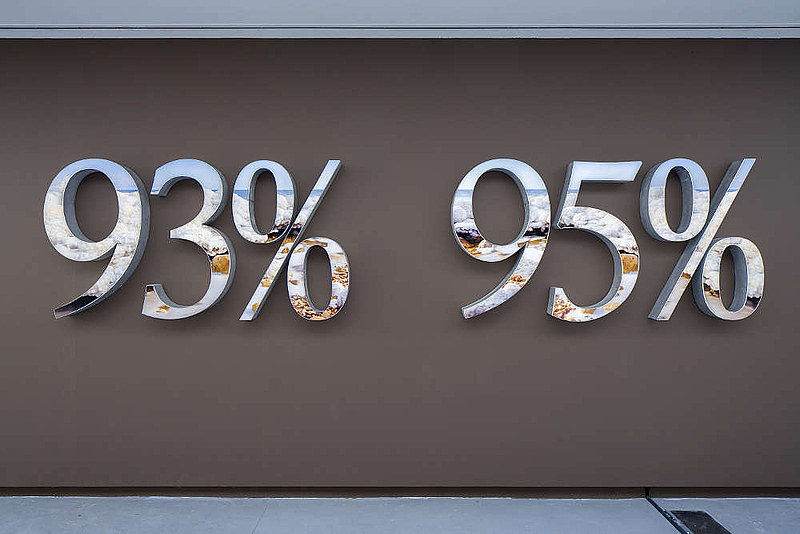 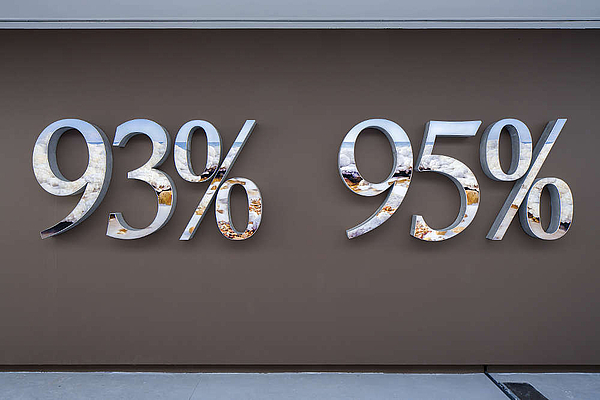 Rabah instrumentalises the department of the Earth and Solar System to visualise the changing character of land. Symbolised through the anomaly of the Dead Sea, The lowest point on earth memorial park commemorates a dying waterbody.

The mass displacement of Palestinians from their land in 1948 and 1967, and the failure of the Oslo accord later, increasingly stripped away Palestinian authority and autonomy, making room for catastrophic settler colonialism. Over time, it became apparent that even gestures that seemed like concessions had calculated their failure. In Dead Sea and 93%-95%, Rabah brings up the catastrophic recession of waters from the area of the Dead Sea that was conceded to the Palestinian authority. In the act of weaponising climate change, the space given was expected to dry out and disappear within a few short decades, leaving behind barren, salt-poisoned land.

© Booklet Khalil Rabah: What is not
Sharjah Art Foundation, 2022