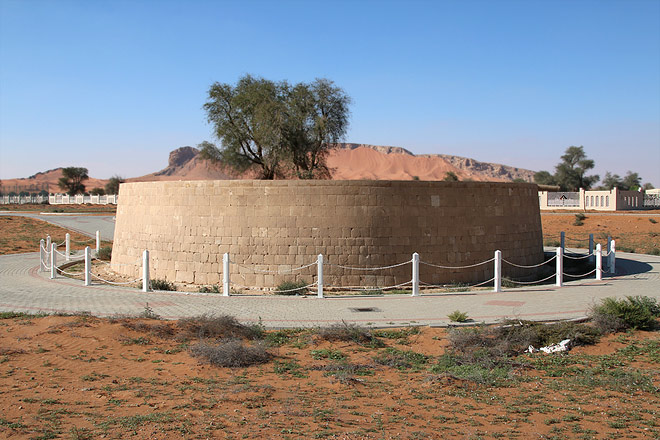 Located in the area of the modern town of Mleiha, approximately 50 km east of the city of Sharjah.

(Text at the entrance of the site, Directorate of Antiquities, Department of Culture & Information of the Government of Sharjah)