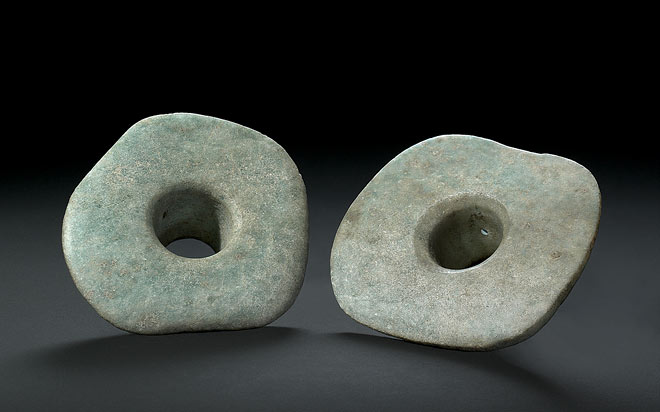 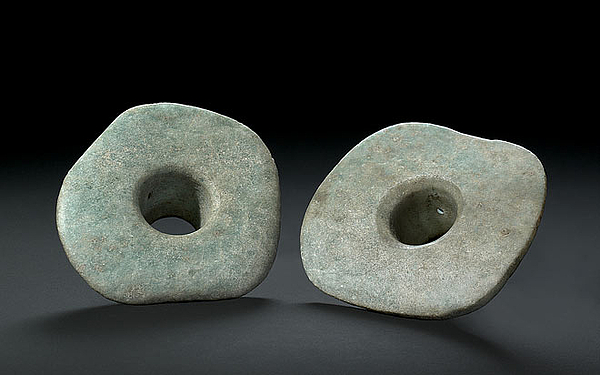 Teotihuacan, 250 - 650 A.D.
Diameter:7,5 cm
Col. Seler 1904
ID IV Ca 25394 a, b
National Museums in Berlin, Ethnological Museum
The two ear plugs of green stone are valuable pieces with which the elite of Teotihuacan adorned themselves. Such ear disks have also been found as burial objects in the graves of high-ranking nobles, but also in graves with human sacrifices. The precise site where these two pieces of jewelry were found is unknown. The highly symbolic color of the green stone made it a very precious working material. People associated the color green with the sprouting of young maize, among other things.