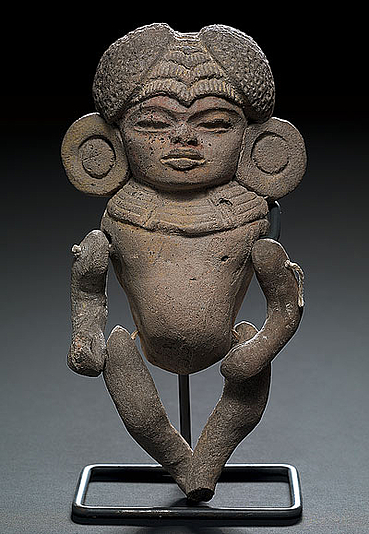 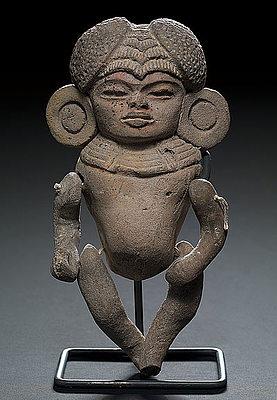 Teotihuacan, 350-550 A.D., Xolalpan-Phase
Height: 12,5 cm; width: 7 cm; depth: 3 cm
Col. Seler, 1912
ID IV Ca 35868
National Museums in Berlin, Ethnological Museum
The clay figure with movable limbs has an especially conspicuous coiffure and wears a broad decorative collar and oversized ear plugs. The head, torso, arms, and legs were produced with molds. The head was firmly attached to the body before firing the clay. The arms and legs were attached to the body with threads running through small holes punched through the limbs, which thus remained mobile. This made it possible to put the figure in different positions. Since the precise site where this puppet was found is not documented, we do not know whether it was part of a grave inventory, like other figures of this type.