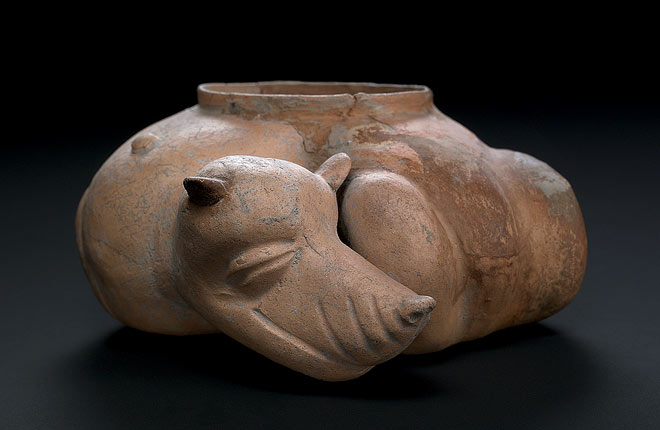 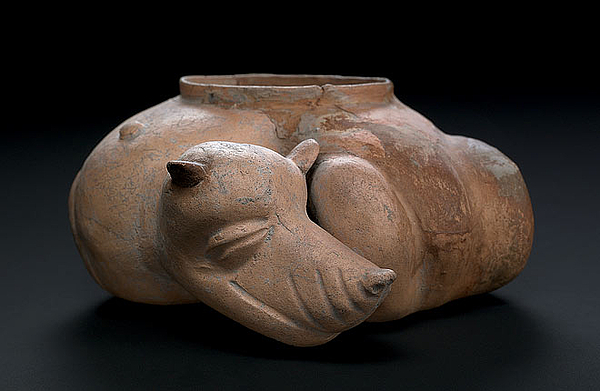 Vessel with the form of a dog

San Rodrigo Aljojuca, District Chalicomula, 350-550 A.D.
Height: 6 cm; width: 12,8 cm
Col. Seler, 1912
ID IV Ca 35808
National Museums in Berlin, Ethnological Museum
The Fine-Orange vessel has the form of a dog curled up in sleep. Short-legged, hairless dogs were at home in pre-Columbian Mexico and served as playmates, but were also fattened and eaten. Dogs were regarded as the deceased’s companions on their journey to the underworld, and so it is not surprising that figures of dogs were found in burial sites. The naturalistic treatment of dogs is one of the most frequent depictions in ceramic art, especially in western Mexico.