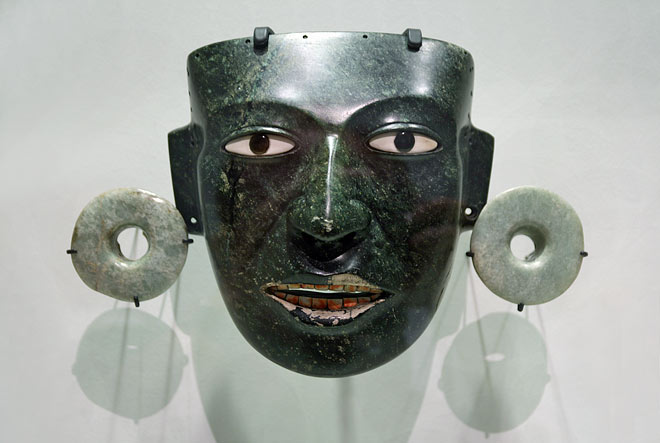 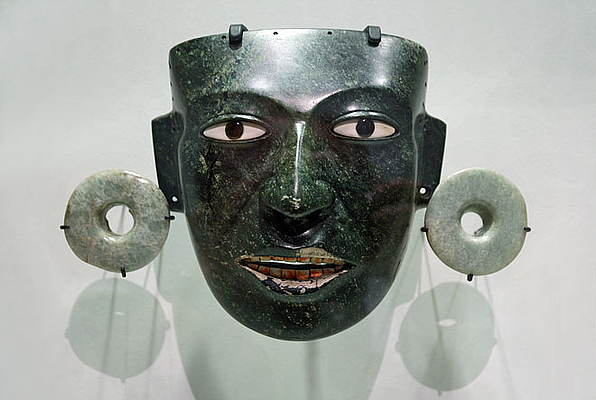 Mask with earrings and incrustations

Tenochtitlan (Mexico-City), Templo Mayor
500 A.D.
Diorite, greenstone and shells
Mask 21 x 20,5 x 14 cm
earrings 3,2 x 7,2 cm each
Museo del Templo Mayor, Mexico-City
The Aztecs worshipped Teotihuacan as a holy place, where according to their creation myth the definitive world was created. Objects found there, were considered sacred and in most cases brought to their main temple in Tenochtitlan (Mexico-City). This mask was an offering for the main temple's amplification.

Photo from the Teotihuacan Exhibition
in Berlin, 2010

Main temple at the ceremonial center of Tenochtitlan, the capital of the Aztec empire.