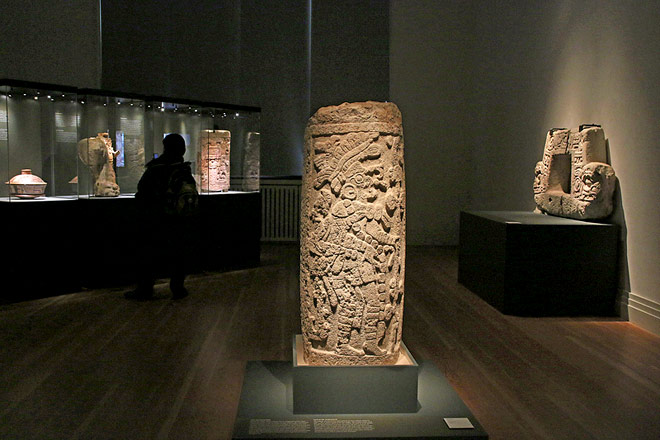 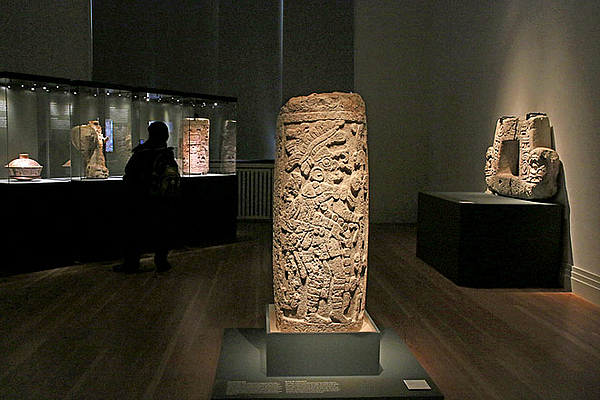 God L: Lord of the Underworld

Column with God L
Maya area
Late Classic (600 - 900 AD)
Limestone
Centro INAH Campeche
Lord of the Underworld
The figure worked into the surface of this column depicts God L. He is associated with the night, the Underworld, and the planet Venus when it is not visible, as well as with death, trade, destruction, and the moment of the creation of the cosmos. He is depicted as an old man with divine eyes, wearing a cloak made of jaguar pelt and a hat decorated with the mythological bird called Muan. On this column he is smoking and leaning on a rod-shaped rattle such as those known to have been used in rain petition.