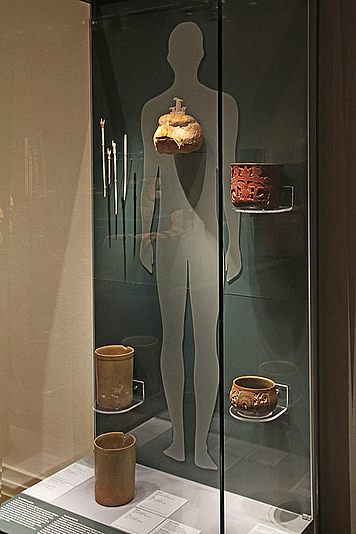 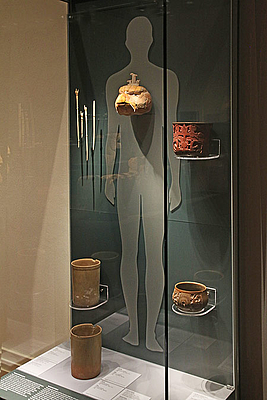 This group formed part of the funerary trappings of an adolescent noble. The pectoral that simulated the head of a tortoise was placed on his chest (see the next page), and around him, two vessels, one with the World Tree and the other with a two-headed serpent. In addition there were eight bone spatulas in the shape of a hand in the gesture of the verb hul (to arrive), a bone needle with his name engraved on it, and other ceramic and jade objects.
The interpretation of this context is that the Mayas hoped that the young man in the tomb would be reborn from the tortoise as the world tree and that he would reach the mythical place of creation.
INAH. Museo Regional de Antropología Palacio Cantón, Mérida, Yucatán