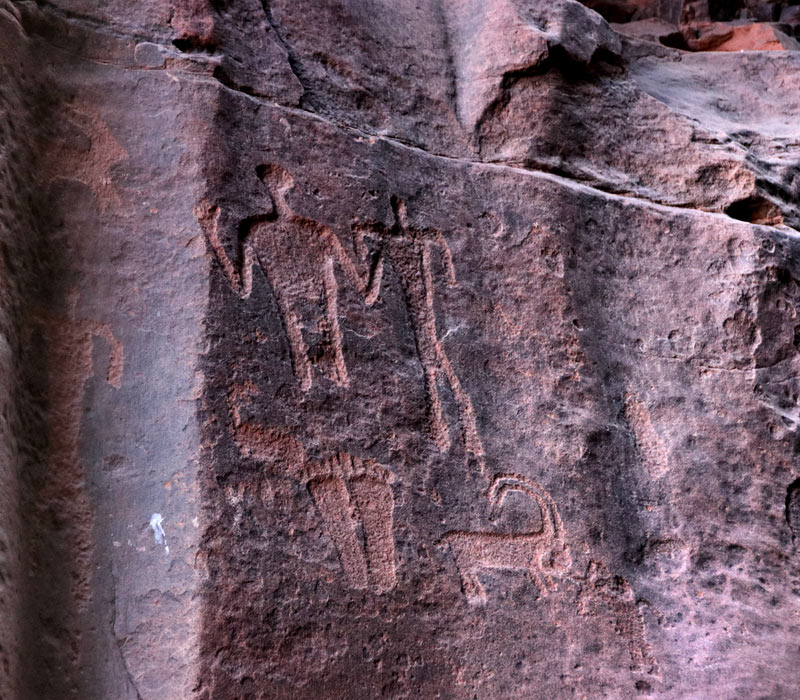 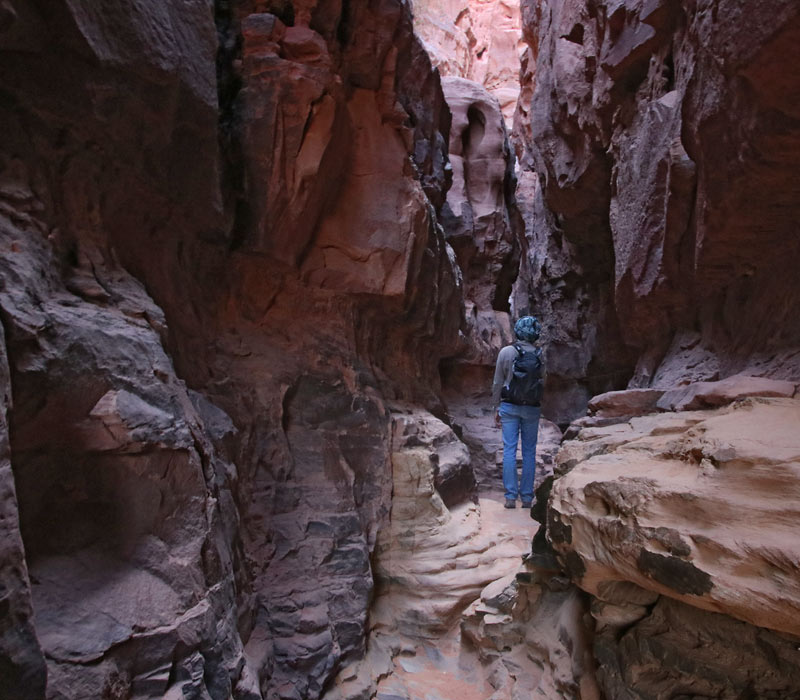 Jebel Khazali, a peak situated in the center of Wadi Rum Protected Area opens up in a narrow fissure of about 100 m length. Its inner walls are covered with Thamudic, Nabatean, and Islamic inscriptions, as well petroglyphs depicting humans and animals. Remarkable are the soles of feet petroglyphs, which probably had religious significance. In 1932 the French epigraphist Savignac noted the engravings in the cleft and published some of them in 1934.

The petroglyphs and inscriptions of Khazali Siq form an impressive collection being one of the major tourist attractions in Wadi Rum. At the end of the canyon, there are several man-made rock-cut basins for water collection.

The petroglyphs and inscriptions of Wadi Rum

The combination of 25,000 petroglyphs (images engraved on rocks) with 20,000 inscriptions that can be seen in its original setting, testify to more than 12,000 years of human interaction with the natural environment.

Traces are concentrated along transhumance roads, water sources or human settlements, depicting important aspects of human life, such as birth, hunting, herding, warfare, worshiping. The engravings also document the evolution of animal domestication, and environmental changes. Many of them represent wild animals that once existed in the area and have become extinct, like the Arabian oryx, or threatened, like the Nubian ibex.

In conjunction with the rock art in Wadi Rum is an extensive corpus of pre-Arabic scripts engraved next to the petroglyphs or overlaying them. Predominant are inscriptions in Hismaic - called "Thamudic E" in the past.

Hismaic was the language of the nomads of the Hisma sand-desert of southern Jordan and northwest Saudi Arabia, and some of the inhabitants of central and northern Jordan. They were contemporaries and close neighbors of the Nabataeans, whose capital, Petra, was not far away from the northern end of the Hisma in Wadi Rum. Thus, they probably date to the first centuries BC/AD and possibly a little later. [1]

Although most of them appear as simple messages of local nomads and pastoralists recording personal names and genealogies, short prayers to pre-Islamic deities, funerary inscriptions, accompanied by drawings of desert life and activities, Glenn Corbett, who directs a Petroglyph Survey in the area since 2005, has emphasized that "by studying the texts in light of archaeological, historical, literary, and poetic evidence from Nabataea and ancient Arabia, it is clear that many of these carvings were, in fact, meaningful creations that convey something of the authors’ thoughts, ideas, and experiences. In pre-Islamic Arabia, as in much of the rest of the ancient world, for example, written words were repositories of power, physical vessels that gave material reality to prayers, curses, and the eternal desire for one’s name and lineage to be remembered. Similarly, camels and hunted animals, which appear so often in the signed drawings of the Hisma, were images laden with potent symbolism related to death and the sacred." [2]

Worth to be noted also are several Nabatean inscriptions, e.g. near the temple site at Rum, including dedications to Nabataean deities, and remembrance of individuals. 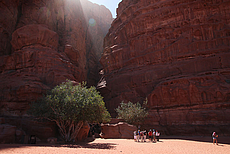 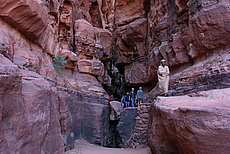 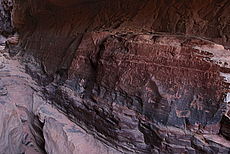 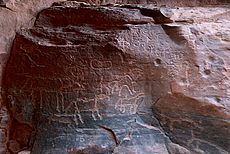 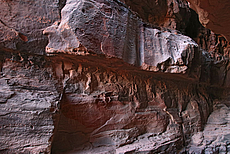 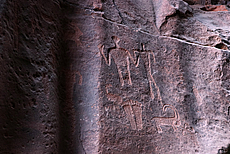 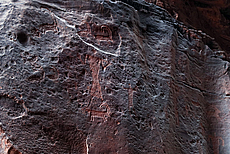 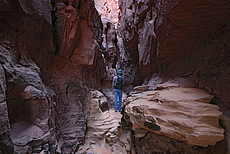