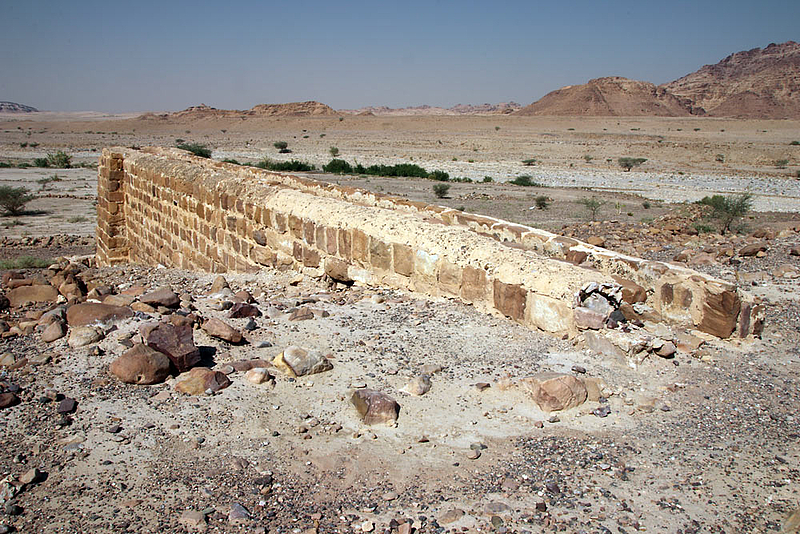 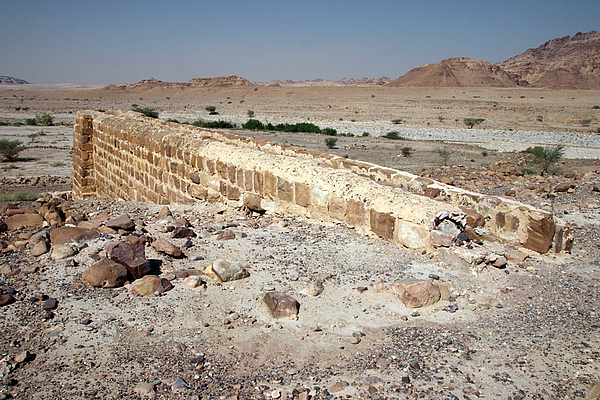 Pen stock mill, where the water is dropped vertically down a shaft, before being forced through a small pipe with great force to spin a turbine, driving millstones above. It is not known when such mills were first developed. This one depends on the reservoir for its water supply, so could have come into use from the Nabataean period onwards. They are typically used in the Islamic periods for grinding grain, and although it has been suggested this example might have been used for crushing ore, there is no direct evidence for this.