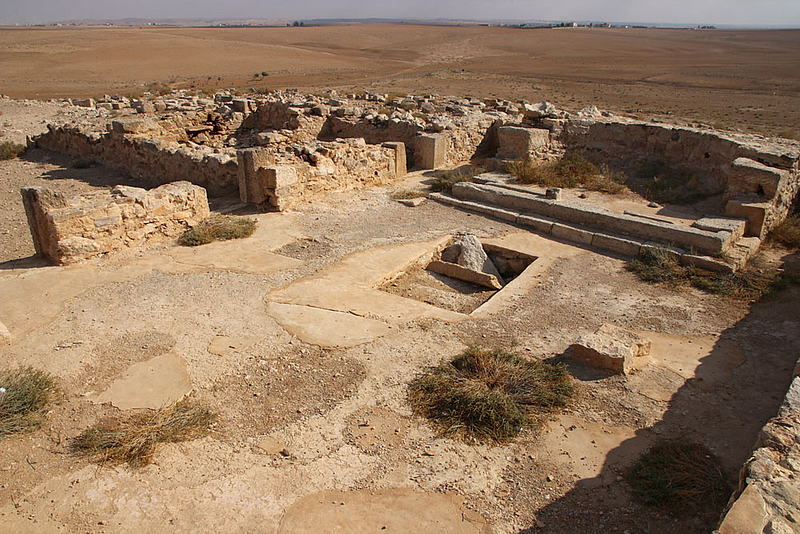 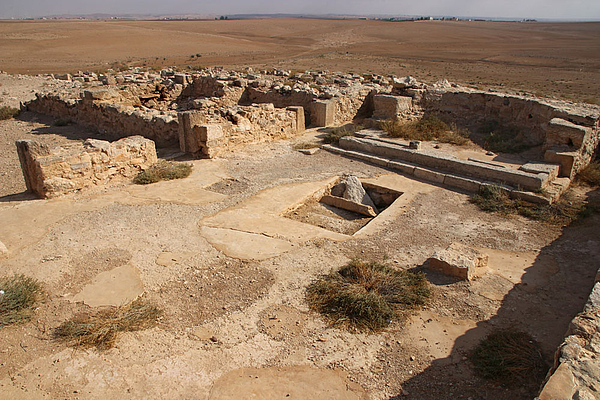 South of the Stylite tower, with annexed premises and different dwellings around. A small basilica with naves separated by two rows of two arches and a simple plastered floor (no mosaics found). Central nave with an apse and elevated presbyterium flanked by small rectangular chambers completely open on the lateral naves.

A vertical shaft, two meters deep, empty burial was found in the middle of the church. About one meter of the height of its walls existed. The walls have been constructed with roughly trimmed local limestone blocks. The falling remains of long slabs show that the arches have been supporting its roof.