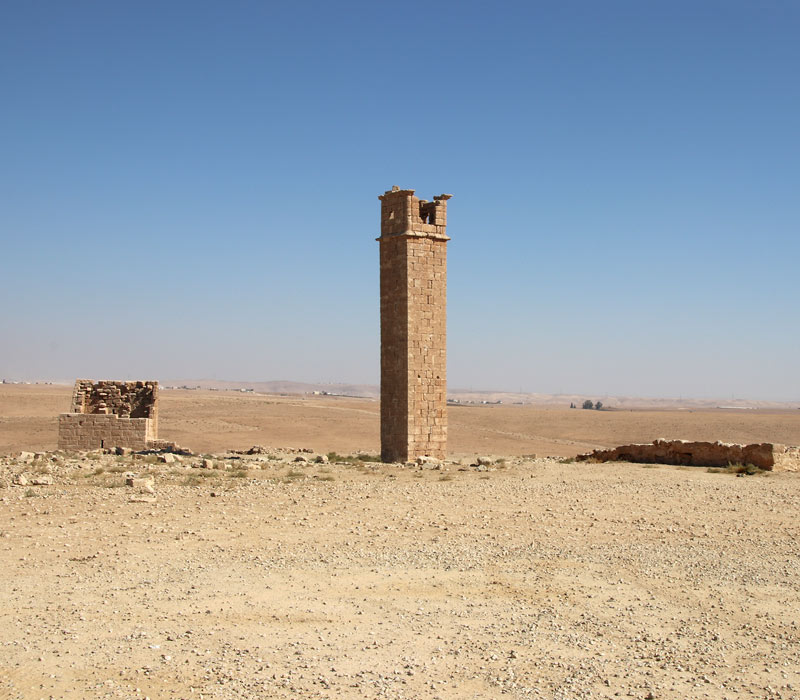 As far as is known, the Stylite tower is the only remaining building of this particular form of Christian hermitage. In the Byzantine era, it must have been an important pilgrimage destination, visited by a huge number of believers to consult the stylite monk, ask for his prayers and to achieve his blessing, in a manner that was the case of Saint Simeon Stylites the Elder in northern Syria.

The tower is built with a plain shaft and no stairway. A channel ran from top to bottom on the inside of the tower’s wall, maybe used as a toilet. For more details, also about the other buildings, see the information on the image pages. 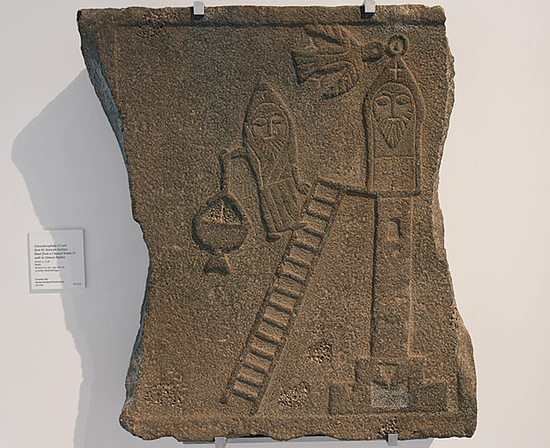 The name "stylite" (from the Greek word "stylos" for "column") derives from the practice initiated by Saint Simeon, born on the Syrian border of Cilicia around 390 AD.

In his search for the closest possible proximity to God, Simeon had already decided at a young age to lead a strictly abstinent life. He joined a monastery, but had to leave it because he separated himself from the community through extreme ascetic practices. For many years he was a hermit, survived several weeks without food and drink, which seemed a miracle to his contemporaries, and became so famous that crowds of pilgrims and curious people came to him.

When Simeon could no longer find enough quietness for meditation, he moved to a pillar in a locality later called Qalʿat Simʿān north of Aleppo and lived there for 37 years until his death in 459 A.D. His pillar became higher and higher and is said to have been about 18 m high, with a small platform with railings at the top.

Every day Simeon was visited by pilgrims who climbed up to him on a ladder and asked him for advice, blessing and healing. In order to protect him from the multitudes of devouts, a wall had to be built around the column. Even the Eastern Roman Emperor Theodosius II (reigned from 408 to his death 450) climbed up to him for advice. Simeon had a considerable influence on important personalities and thus the society of his time. For centuries, many Christian ascetics followed his example and settled on columns or high towers, including Umm er-Rasas. 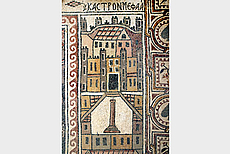 The tower in a mosaic 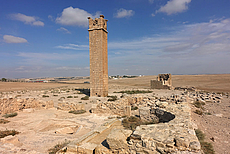 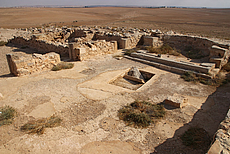 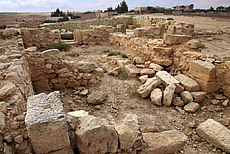 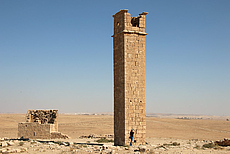 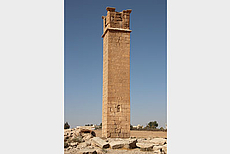 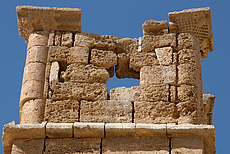 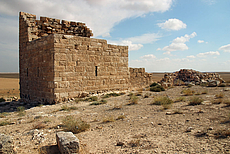 This informative photo tour in four parts introduces and localizes the main attractions of Umm er-Rasas in a recommended route through the site. 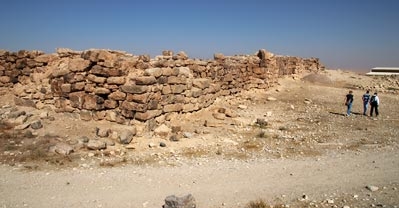 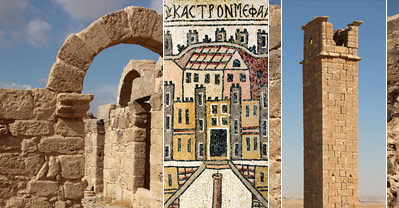