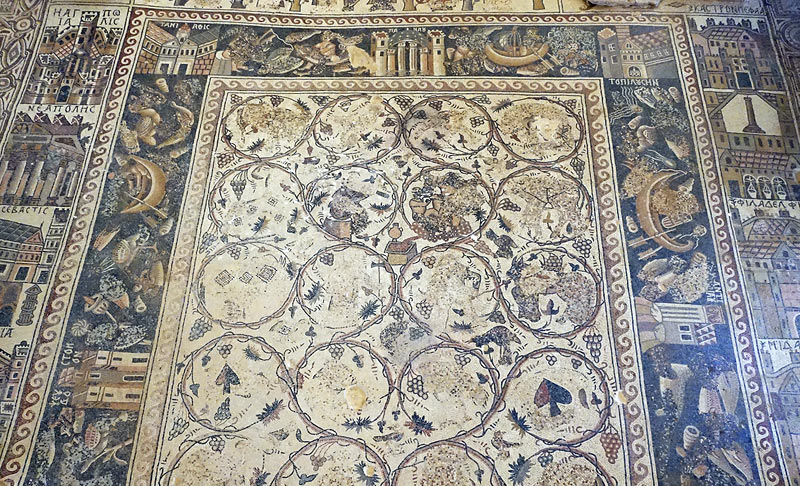 The inner frame is a river stream with fish, birds, water flowers, boats, boys fishing and hunting, 10 cities of the Nile Delta.
More about 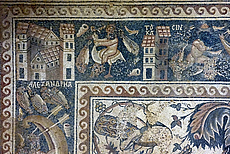 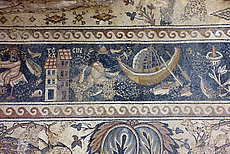 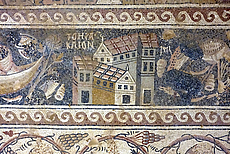 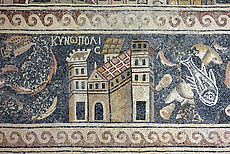 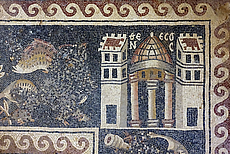 More about the Nilotic mosaic

Michele Piccirillo mentioned that the Nile was considered to be one of the four rivers of Paradise, and was therefore part of Christian sacred geography.

Most of the ten cities are located along the road which connected the coast of the Levant to Alexandria starting from Kasin, through Pelusion, Eraklion (Herakliopolis Parva), and Kynopolis, with a diversion toward Thenesos and Pseudostomon on the Mediterranean coast. Panau and Antinau should also probably be looked for in the Nile Delta.

The same typologies of isolated buildings like in the cities on both banks of the Jordan river are used for the Egyptian cities in the nilotic frame. Double rectangular edifices with towers on each side are used to represent Alexandria, Kynopolis, Pelusion, and Eraklion. Colonnaded buildings, each covered by a dome and flanked by towers, are used for Panau and Thenesos.