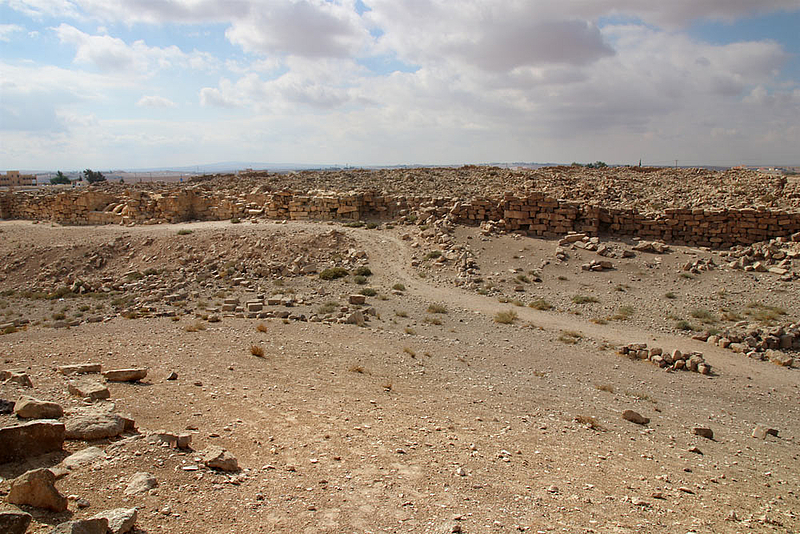 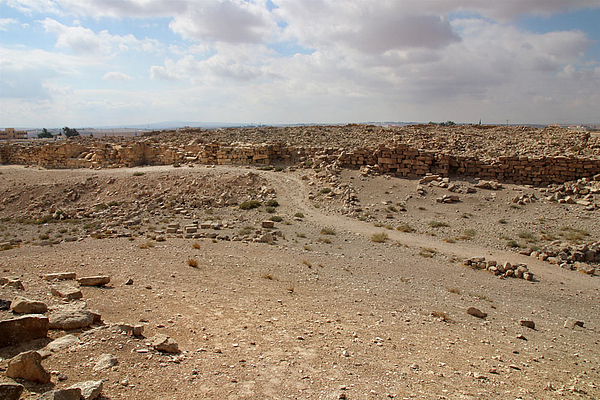 View from the east

The Roman castellum is a large quadrilateral of 158 m by 139 m, surrounded by a solid wall. Inside there is a huge amount of stones out of which arise several arches, lintels and small columns decorated with crosses. After excavations and allocations of stones, architectural structures were made visible and some of the arches were rebuilt.

Umm er-Rasas photo tour, part 3: the military fort at the Limes Arabicus, built end of the 3rd / beginning of the 4th century, converted into a civil quarter.