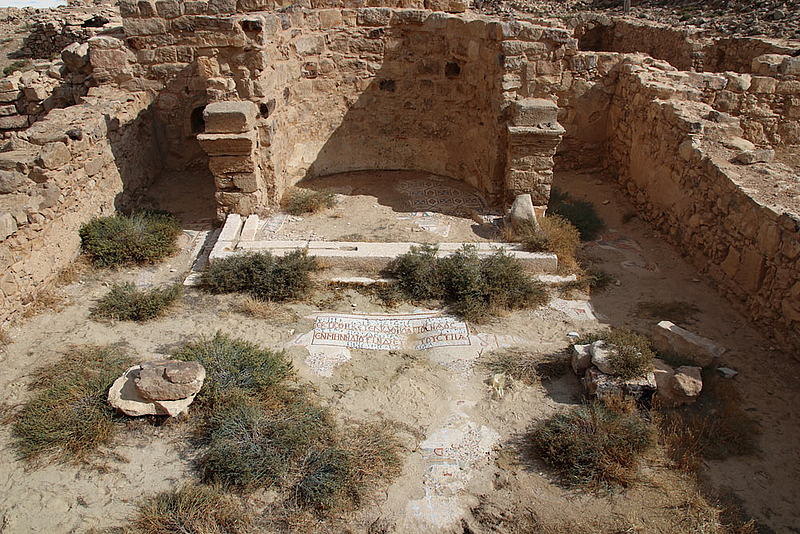 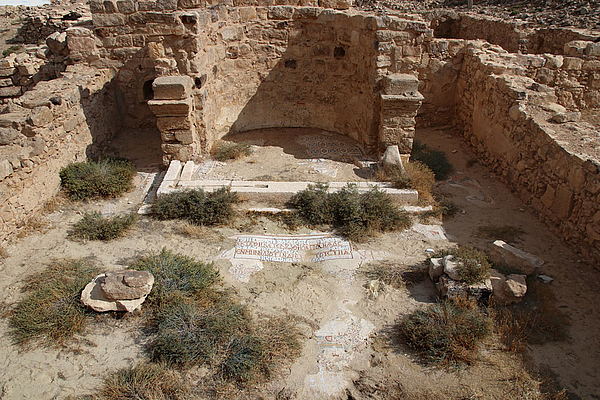 Church of the Priest Wa’il

The small church was built and paved in 586 AD as stated in the dedicatory Greek inscription that mentions the priest Wa’il (in detail on the next page). It is part of a large ecclesiastical complex, connected to the main church (Church of the Tabula) by a door in the eastern wall of the south aisle. Instead of a usual entrance in the west, the access to the Church of the Priest Wa’il was through two doorways in the south wall. 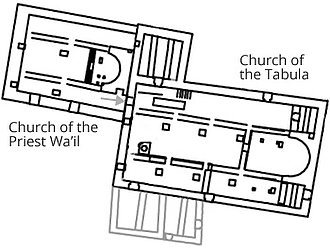