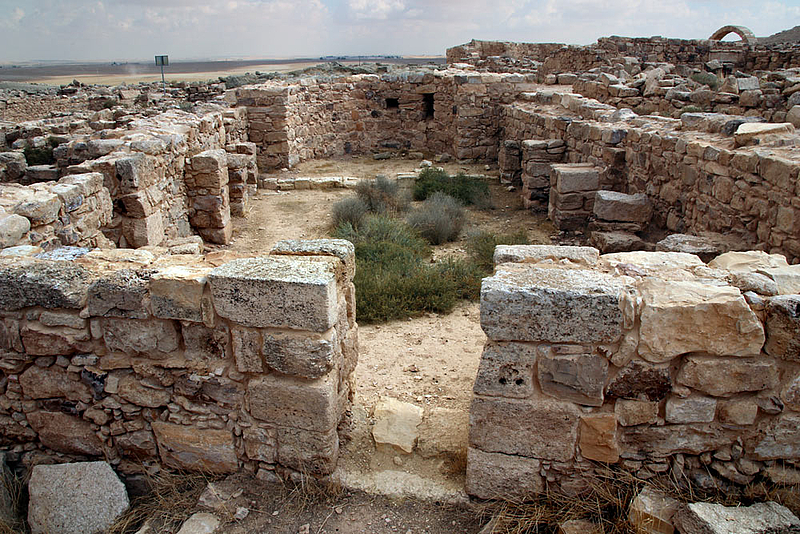 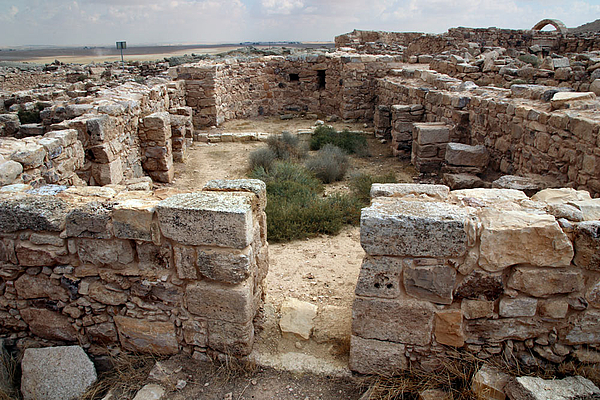 Chapel of the Peacocks

The chapel had a main door on the west façade and two other doors on the north wall. It has been roofed with a series of five arches with long beams. Most of the pieces from the roofing were found during the excavation: capitals, pieces of the arches, covering slabs.

The apsed presbyterium raised of one step with the chancel screen dividing it from the main hall. The stone base of the altar with four sockets for the columnets was still in situ against the round wall of the apse.

The floor of the chapel was paved with mosaics. The central carpet of the mosaics has been removed in antiquity before the collapse of the building. Geographical motifs decorated the intercolumnar panels. 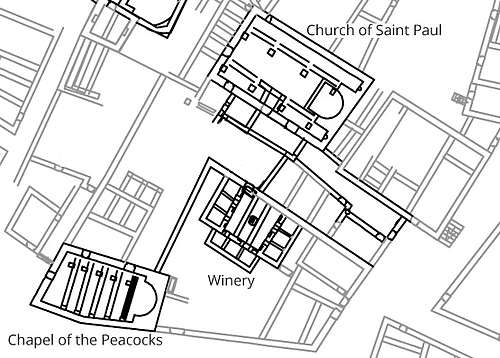