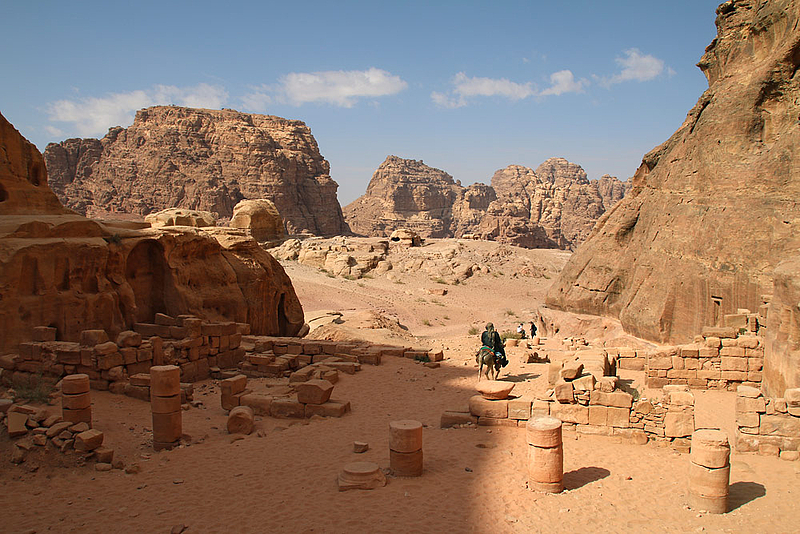 View in north direction. In the foreground stumps of columns of the northern peristyle colonnade. Just behind, the remains of the two-storey building, which reached from one side of the wadi to the other and sealed it off. One accessed the Soldier Tomb complex through an entrance hall. On the right was a staircase, which was probably converted into a fortified tower in the Middle Ages.

On the rock face to the right you can see the water channel towards the ancient city centre.