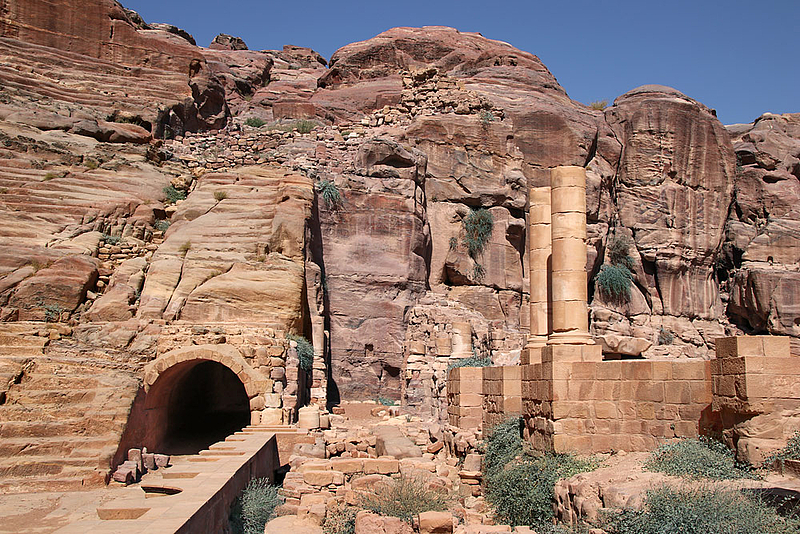 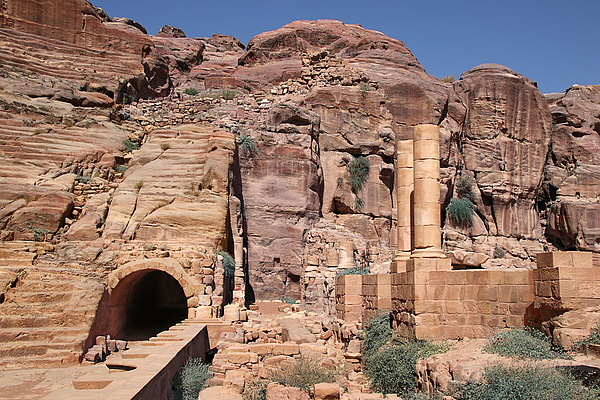 The scaenae or stage building was built of ashlar and faced with marble. The three stage entrances can be seen on the partially reconstructed structure. The center curved "royal" door or valva regia, reserved for royalty or for the main actor, is flanked by two smaller "guest" doors, the porta hospitalis. The scaenae frons, the architectural background, was typically ornamented with one to three tiers of columns, balconies, and sculptures. Fragments of statues of Aphrodite, Hermes and Heracles that used to be placed during Roman times, were unearthed during excavations.

The barrel-vaulted aditus maximus is the main access on either side of the semicircular orchestra.

Monumental theater with semicircular auditorium for eight thousand spectators, hewn directly from the rock in the early first century AD.