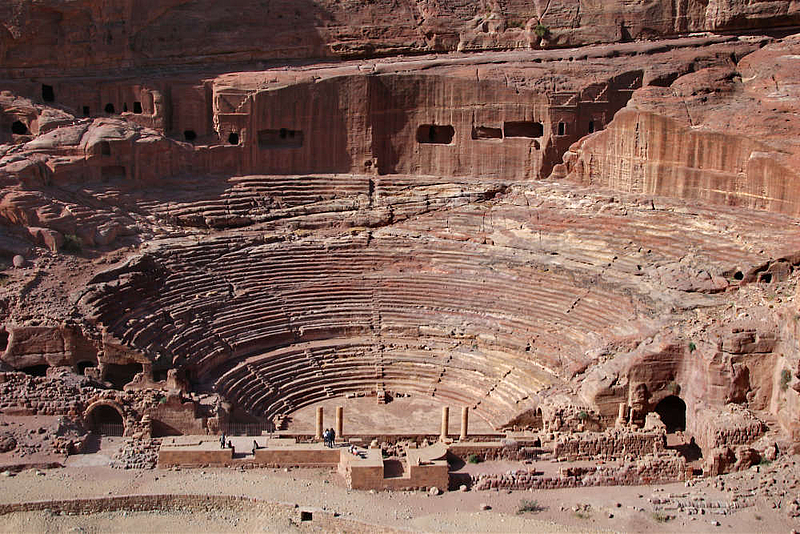 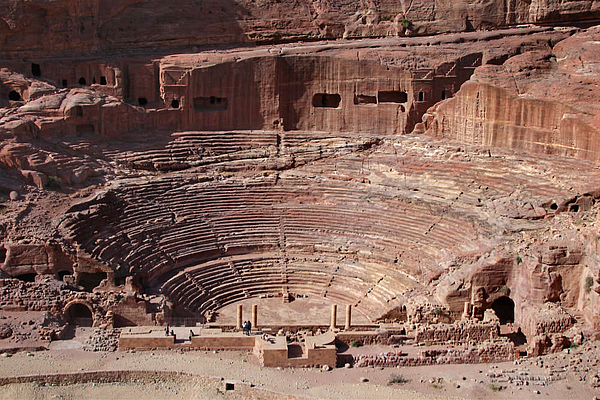 In the foreground, the partially reconstructed stage building; right and left of it, the barrel-vaulted entrances; carved into the rocky slope, the orchestra, and the forty-five seat rows of the cavea with its seven radial stairways.

Along the upper gallery, the rainwater drainage system is still visible, and on the smoothed rock face in the back, the chambers of older tombs that were sliced through when the theater's auditorium was enlarged.

Monumental theater with semicircular auditorium for eight thousand spectators, hewn directly from the rock in the early first century AD.