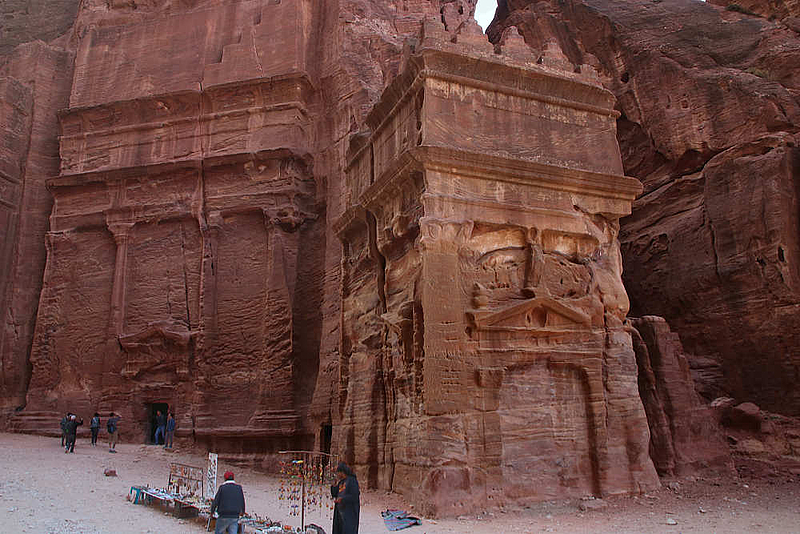 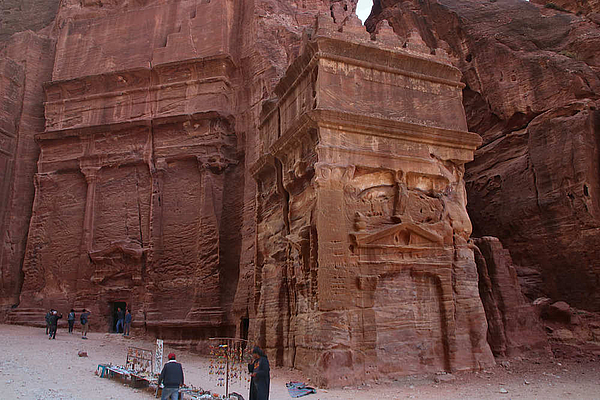 The freestanding tower of over 15 m height, carved out of the rock on three sides (east, west and north), stands in a particularly exposed location and must have been an important tomb. The now heavily weathered facade of basic Hegra type was modified several times. Thus the usual frieze of large half merlons facing each other are missing, and instead a crenellated wreath has been built on.

On the north face (width 7.8 m, height 15.6 m, seen in the first photo above), a closed portal is framed by pilasters with Nabataean capitals, above which a truss and a triangular pediment are carved into the rock. On the central acroterion, the outline of a standing figure, which reached as far as the main architrave, can be more guessed than seen. The urn with lid on the left gable corner, however, is still relatively well preserved. A corresponding acroterion on the right side seems to have been inserted and is missing.

Unusual are the volutes turned inwards on the large capitals of the corner pilasters.

Three phases have been identified in the tomb: a Nabataean one, of which only finds from a pit grave still bear witness, a late Roman one and a probably even later one with a channel across the burial chamber. (R. Wenning, p. 184)